This issue of aesthetics over verimisilitude will not go away.

Referring to the last episode of this blog (10th May 2015) it can be seen that I was about to cover the road surface that lies in front of the station facade with a sheet of H0 scale cobblestone pattern.

But, would that look any better than the browish paint that's there at the moment? 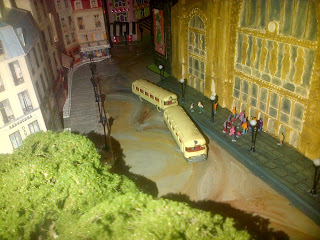 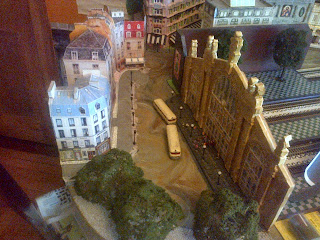 I think if I were to use the sheet of cobblestones it would be a betrayal of the aesthetic principles that I espoused at the beginning of this model railway project.

My resolve is stiffened by considering once again this painting by the French artist of the early 20th Century, Charles Camoin. It hangs in Glasgow's Kelvingrove Art Galleries and is of Place de Clichy in Paris. 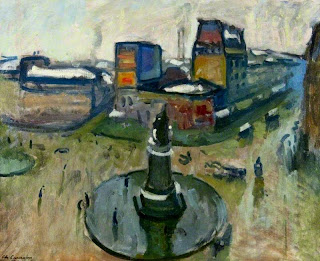 It has the same combination of brownish road and blackish pavements as I've used on the layout.

One of the first records I ever purchased (well by my parents, but at my behest). "Side Saddle" by Russ Conway.

Here's a youTube link to Russ playing it on BBC TV's Billy Cotton Band Show (in black and white).

The May edition of Auntie Flo's podcast for Huntleys and Palmers on Rinse FM.

Almost the same mixture as the last couple of weeks - I'm a very slow reader. 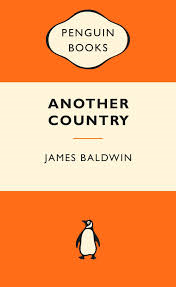 I love this quotation from Brother Lawrence:

"I do not advise you to use multiplicity of words in prayer. Many words and long discourses are often the occasions of wandering (of one's thoughts).

(So) hold yourself in prayer before God, like a dumb or paralytic beggar at a rich man's gate."

I bought a hard travelling case in which to transport my snare drum to France this year. 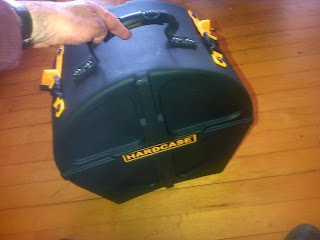 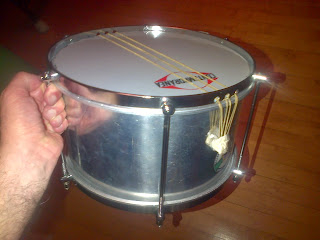