I've got into a bit of a rut with this model railway; in part, possibly in large part, because of the bloody mess of odds and ends that has gathered all over the baseboard.

But also, for several weeks, I have been awaiting delivery of  printed sheets of paper marked with cobble stones.

With these sheets I'm going to cover the streets around the station.

But, until those sheets arrive, my hands are tied. I can't place any cars or figures or pieces of street furniture into position.

So here are some views of the tidied up layout. 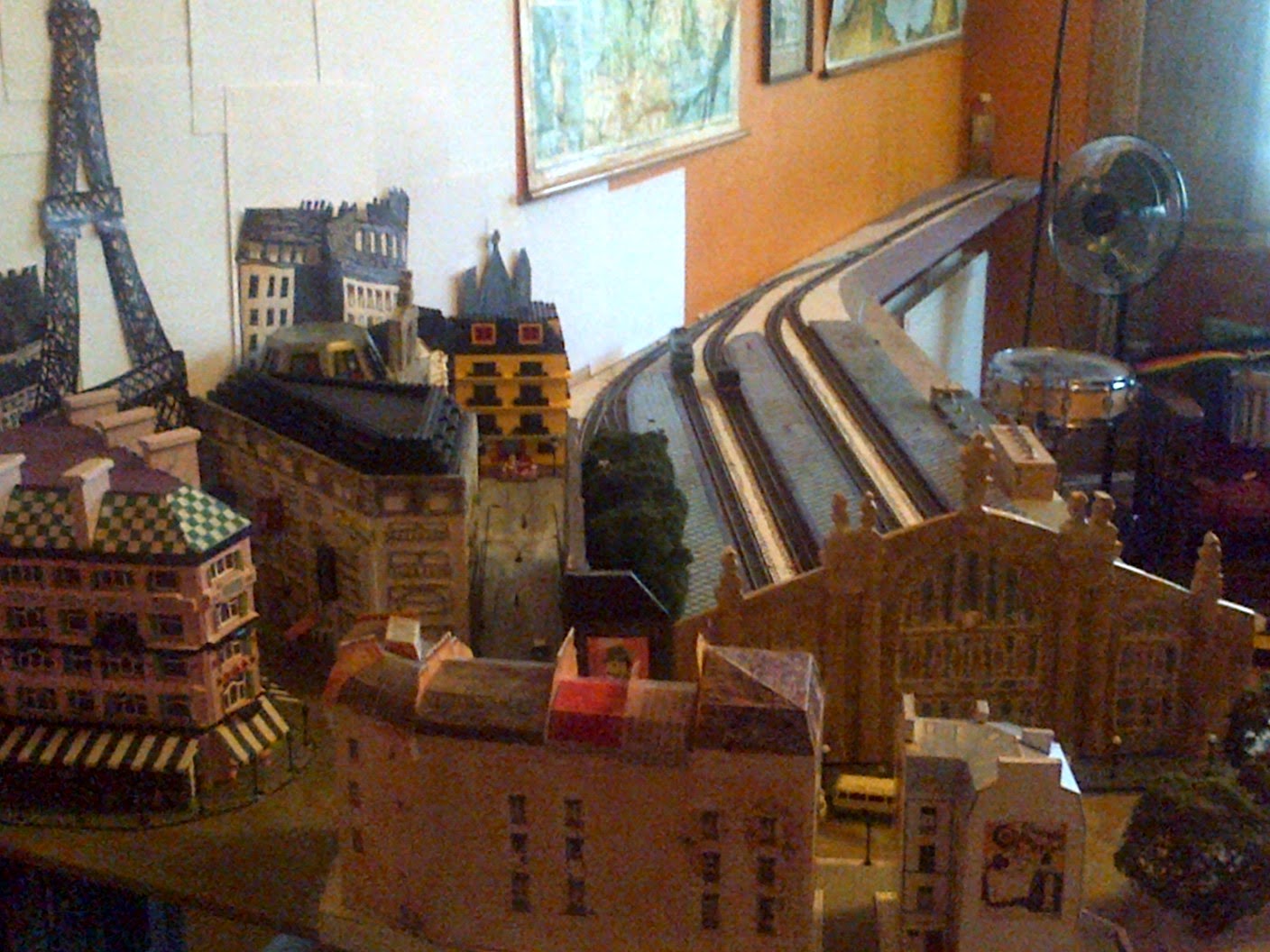 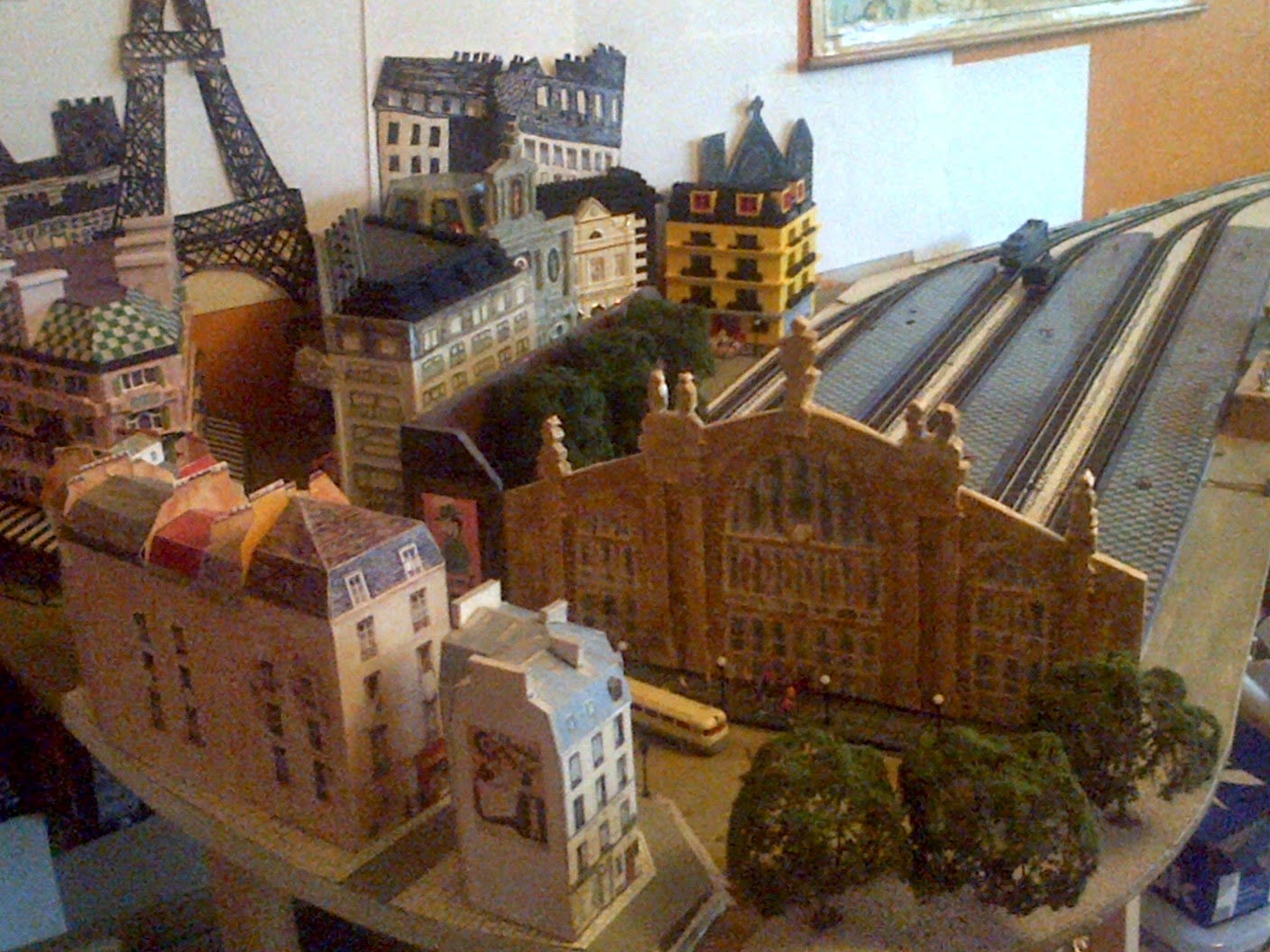 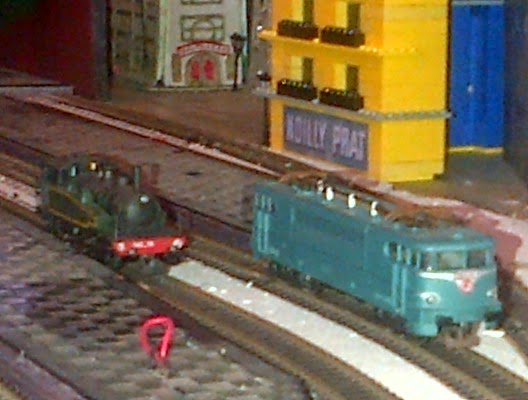 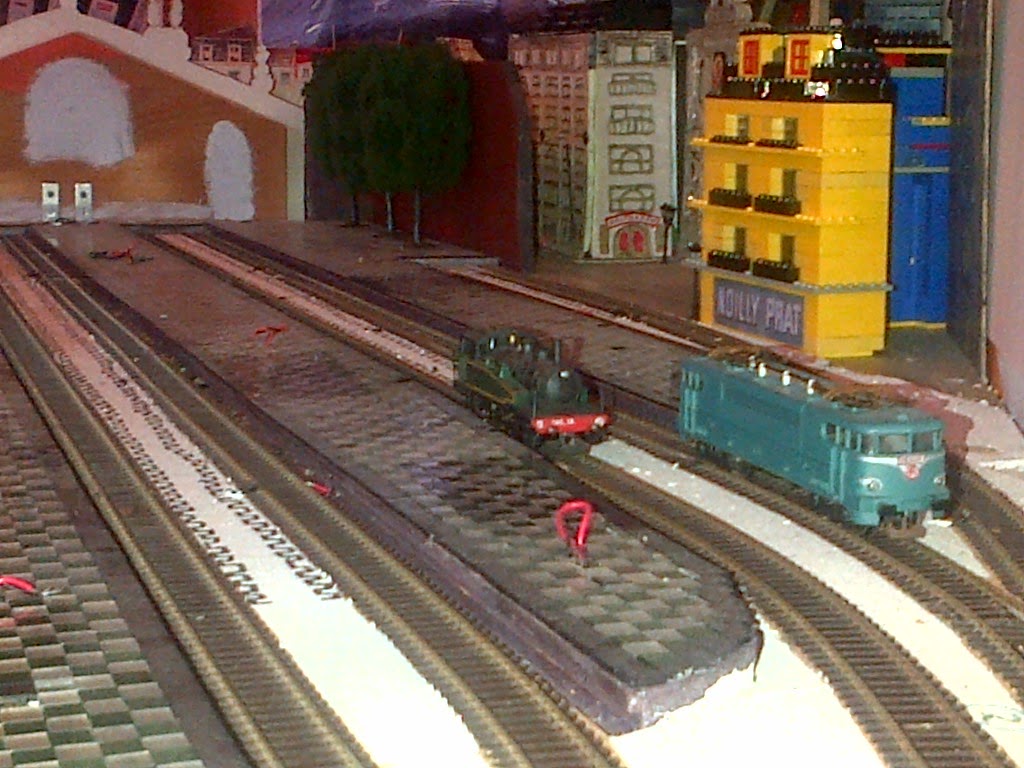 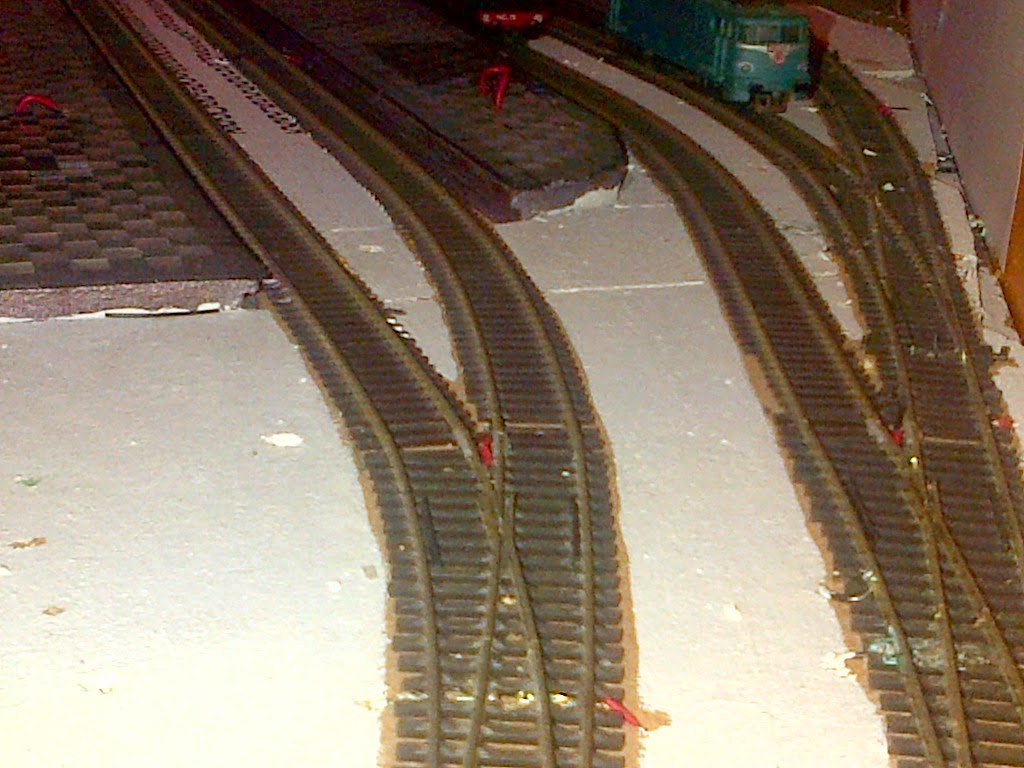 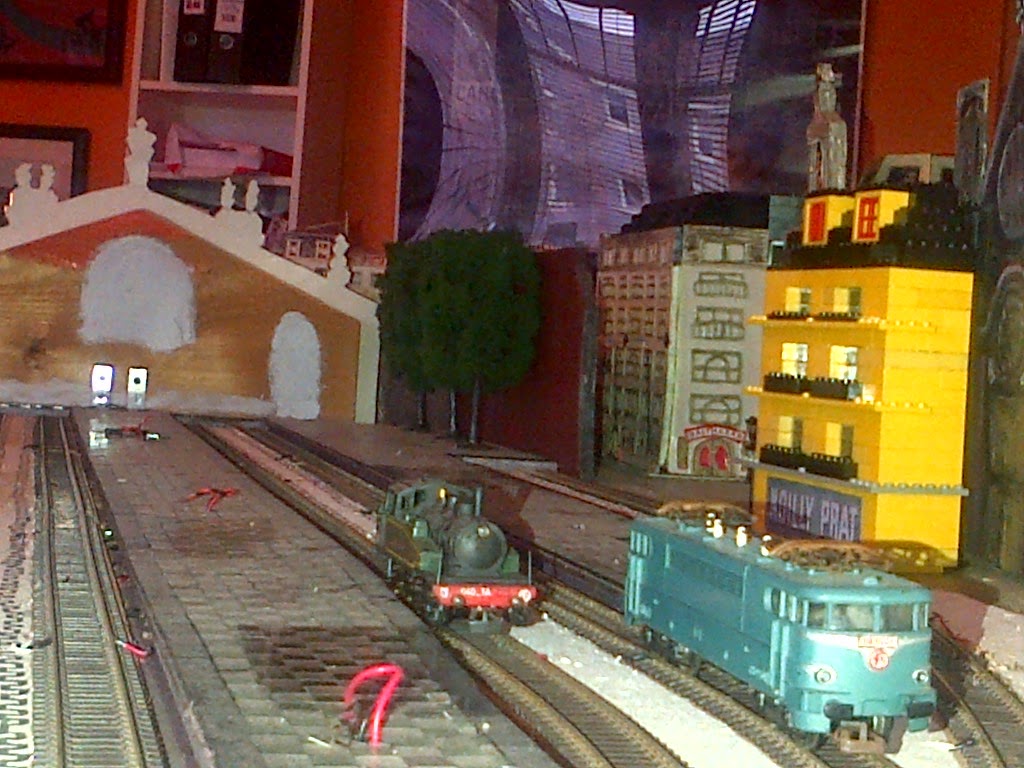 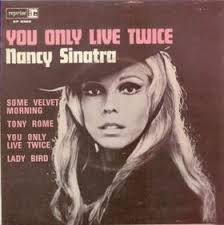 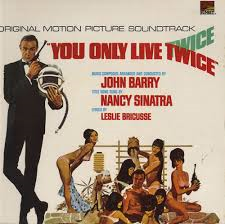 Here's a link to youTube for this song, released in 1967 from the soundtrack to the James Bond film of the same name. 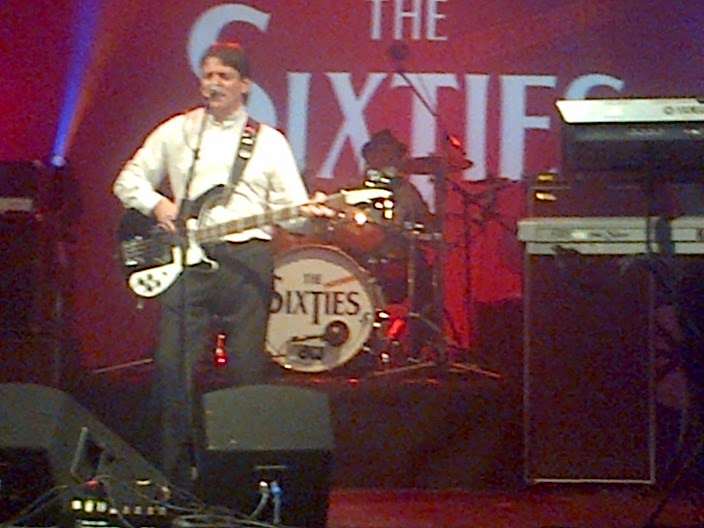 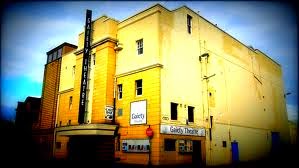 The Counterfeit Sixties are a tribute band, obviously, re-visiting the pop music of the 1960s. Last Friday they played to a packed house at the Ayr Gaiety Theatre, and my brother-in-law and I were in attendance.

I haven't enjoyed a live musical event so much in years. These tribute bands provide a vastly superior listening experience to that of the original players coming back for a revival tour and stumbling and mumbling over the stage in their 50s, 60s or 70s.

For one thing, the tribute bands obviously feel the same excitement in producing this music and acting out their heroes' on stage that we fans do. That excitement came over to the audience on Friday.

In addition, the Counterfeit Sixties chose a really interesting set of songs to play, some of which I had forgotten.

They were also very competent musicians and were quite amusing in between songs.

A great evening all round. 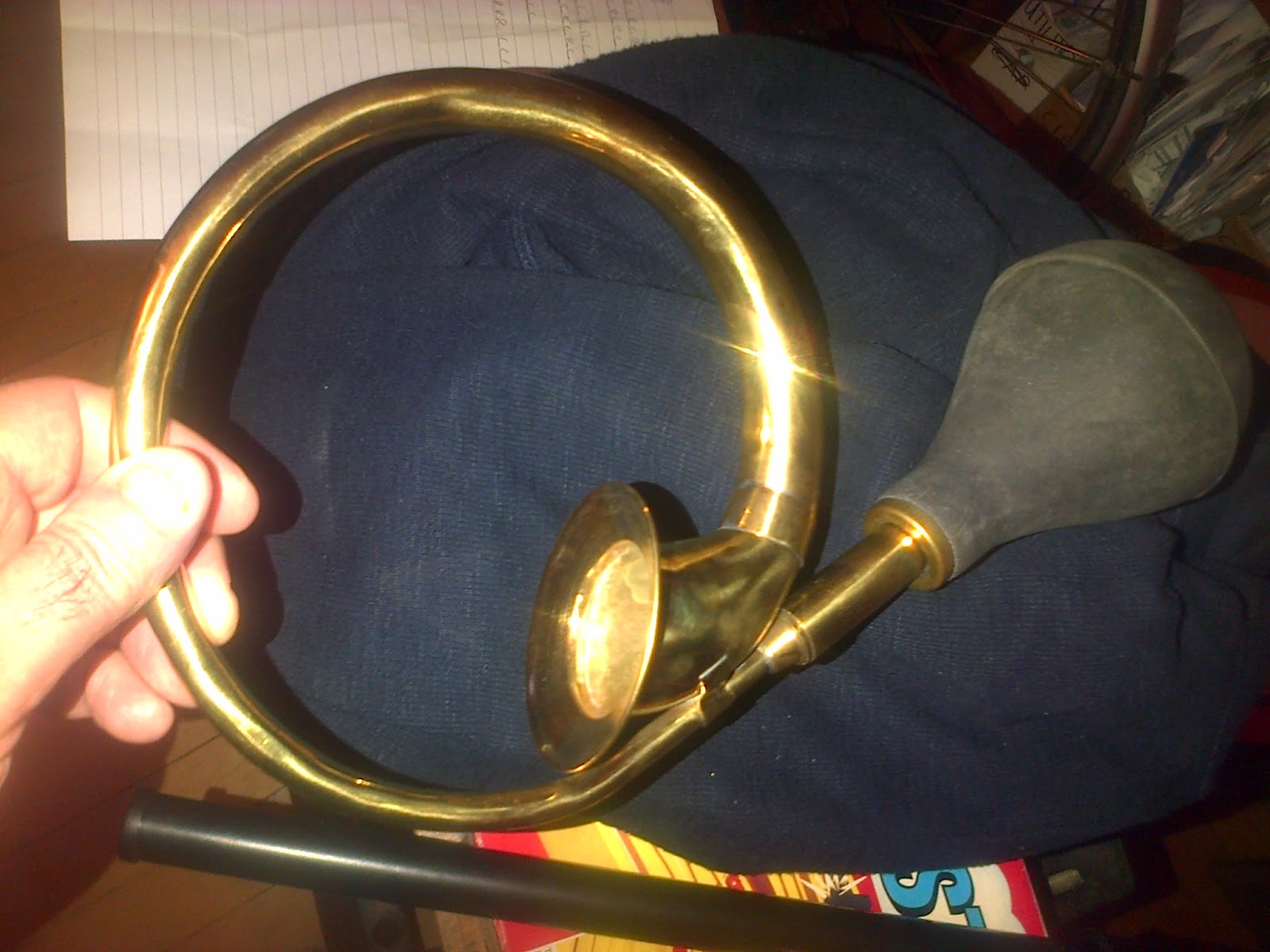 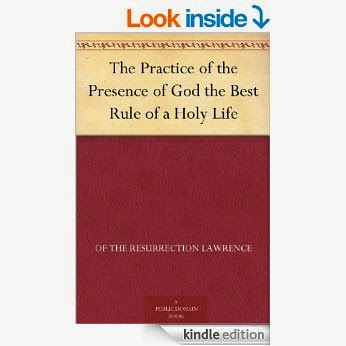 Here's a quote from Brother Lawrence:


"I do not advise you to use a multiplicity of words in prayer. Many words and long discourses are often the occasions of wandering. Hold yourself in prayer before God, like a dumb or paralytic beggar at a rich man's gate."