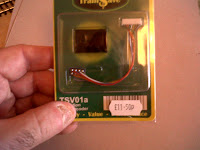 I need to have one loco fitted with a DCC chip so that I can lay the track with all its wiring and test the DCC control system. It's a matter of urgency, really. 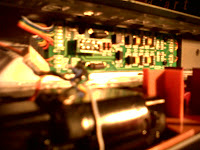 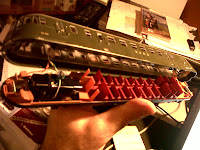 The question is: into which loco should I try and fit it? My first thought was the Renault ABJ because it seemed to have plenty of space inside it and I knew it worked. But on opening it up I was met with a nightmare in the form of  a spaghetti of micro wiring, plugs, and a circuit board whose complexity and size rivalled that for our washing machine. Why was all that electronics needed to run a set of headlights and tail lights.


So, plan B was to open up a little French shunting engine that I had bought second-hand on the internet (by Jouef).

First of all, I checked that it actually worked. It did and it had a little light bulb inside that lit up - not quite sure why. Then I turned it upside down to see how to take the body off. Miraculously, only 2 screws had to be undone. 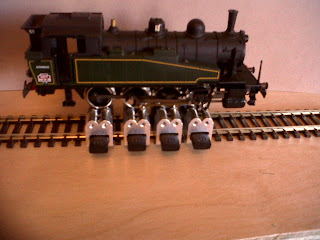 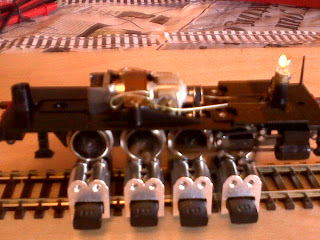 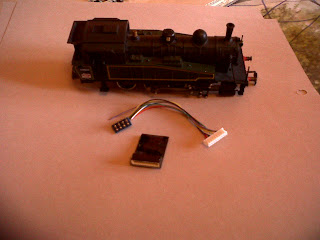 But would I be able to fit the chip inside it? Better leave that attempt until tomorrow once I have done some more reading on the topic.
Posted by Tony Morris at 14:37