Towards the end of John Peel's reign over the airwaves, I became only a sporadic listener. I was aware though that he had championed a group called Hefner in the way that he used to champion Captain Beefheart or the Sex Pistols. But I'd never managed to actually hear him play a Hefner record. One day, browsing through CDs in a record shop I came across a CD, Residue, by a group called Hefner. Bought it, took it home and played it and fell in love with it immediately. Still one of my favourite CDs. Another example of John Peel's great taste!

Seems incredible that such a feeble name should be used by two different bands operating at more or less the same time in the same listening demographic. 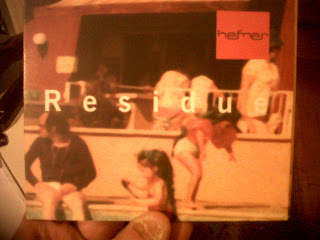