Drove 4 hours down the coast to our new location. A self-catering apartment in a small town called Vieux Boucau. Tonight we will be watching a game of pelote and shepherds on stilts. 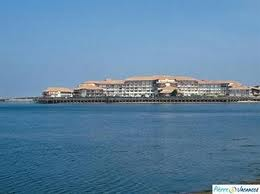 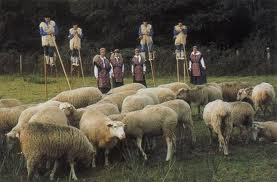 Almost finished this gripping autobiography about a teenage wild child in London who repeatedly disgraces her Rabbi father and her mother in swinging London. Then goes to the other extreme and marries a strictly orthodox Jew and brings up a family in Jerusalem - the latter course of action also disapproved of by her liberal Jewish parents.

It is written with the no holds barred style of Tracey Emin. I can't believe that anyone should be this confessional.

I have almost finished it but have stopped to report this example of  what I consider to be honest and accurate reporting of the human condition.

She flies back to London (on her own) to be with her father who is dying in a London hospital. When he dies, she as the only rational child has lots of decisions to take. Suddenly, and for the first time in her life, and after leading a suppressed female life in the Jerusalem orthodox community, she feels entirely confident in herself. She feels like a strong Jewish woman and takes charge of the funeral arrangements bossing about all the Rabbis that have appeared out of the woodwork.

Is this the end of the journey of self-growth that she has been on for the last 35 years???

The book immediately rolls forwards 3 months and she is back living with her Orthodox husband and bringing up the three children in pretty straitened circumstances. (He studies the Torah all day and she earns the money as a mid-wife.)

The answer is a resounding No.

Despite being convinced when in London that she has turned some kind of developmental corner, she cannot transfer the feeling back into her Jerusalem circumstances. She is as downtrodden and unconfident as ever.

Such is life ....... and I, for one, appreciate the honesty with which she reports the ephemeralness of her growth experience.
Posted by Tony Morris at 16:38