After a meal on our apartment balcony:

Some kind of white fish, artichokes and pureed carrot: 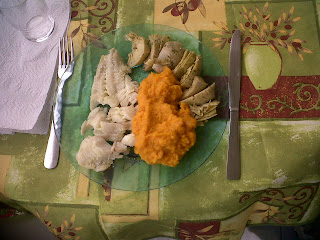 Washed down with the local wine, Tursan. 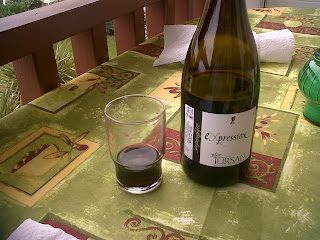 We went to see the local and much vaunted music event held in the town square of Vieux Boucau - kicking off at 9pm.

The first part was a typically tedious rendition of mundane popular songs performed by what looked like 50 retired school teachers. Very, very well received by the crowd that had gathered. 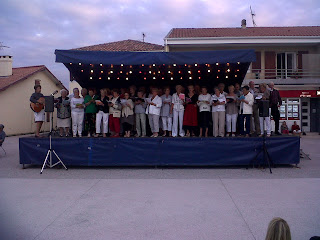 But, things immediately picked up when three elderly musicians took to the stage: the woman who had accompanied the choir on her guitar - but now reduced to shaking the maracas; a bloke on the tom-toms and his pal on electric accordion. All this underlain by a backing track from some CDs.

From the first note played by the accordion, the square was filled with couples dancing a la ballroom dancing: waltzes, cha-cha-chas, tangos and anything you felt like doing. 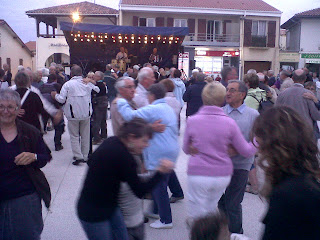 And, what's more, despite a totally abysmal track record on the dance floor, we joined them.

This was an exhilarating evening for me. Whereas, and I have to say this, I detest Scottish Country Dancing and, even worse, Ceilidhs, I can say that this kind of dancing which has its roots in an urban setting, I love. I love to watch it and I now can say that I love to do it.

Conclusion: my favoured cafe au lait is one that comes stirred with a swirl of  browns and creams and none of that frothy foam you get with cappuccinos. 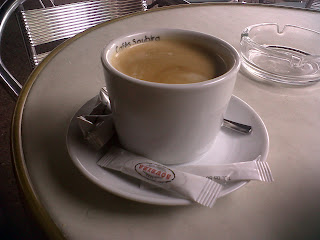 It's wonderful having iTunes always with me on my laptop.

This morning's listening has been the cooling playing by Maurizio Pollini of Alban Berg's small pieces for piano found on this CD. 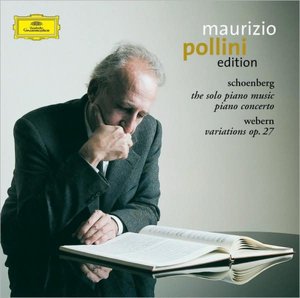