The next step is to assemble the 4 Tortoise points motors. 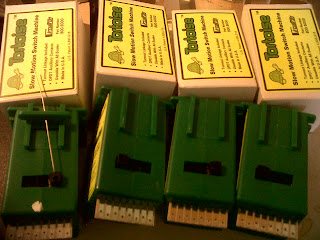 Like King Tubby, Jammy is a dub merchant from Jamaica - born in 1947, same year as one of my regular squash opponents.

BUT, what has caught my imagination is the following discovery that I made yesterday.

I have a brilliant album from a combo called "Dry and Heavy" which was remixed by King Jammy. 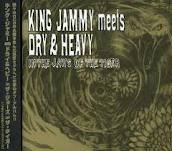 The Discovery? Dry and Heavy are JAPANESE. Naturally, I had presumed they were a roots Jamaican group with Rastafarian hats etc. Apparently, there was quite a Japanese reggae scene in the 1990s.


One of the joys of music is following trails and discovering new sounds. In the course of reading a review of Dry and Heavy, the writer made mention of another Japanese band called "Audio Active" that he considered even better than Dry and Heavy.

Looks like I'll be spending some time in the iTunes Store this evening.

Forgot to take a photograph of it but, for the record, it was pizza with anchovies, artichokes and black olives.

Visited the Garden of Remembrance where my parents' ashes were scattered. Spoke to a chap who was strimming the edges of the grass and mowing the lawns there.

Or rather, he spoke to me and, never having seen me before in his life, told me all about the religious revelations he had had over the past twenty years - and in considerable detail. He had no interest in my comments and questions.

Rather worryingly, his parting statement was that he always closely evaluated the reactions of people who listened to his revelations. I said that I hoped he wouldn't judge my reactions too harshly. To which he said, "I never pass judgment on anyone."

I felt like a religious pygmy in his presence.

Maybe I'll have one for dinner tomorrow night - should make an interesting picture.
Posted by Tony Morris at 16:01