Saw a great new technique in my ceramics class last night and intend to incorporate it into my model railway scenery.

Basically, it is a terracotta tile with a layer of white clay painted on top of it. One then scratches out designs on the white layer which reveal the terracotta underneath - like so. 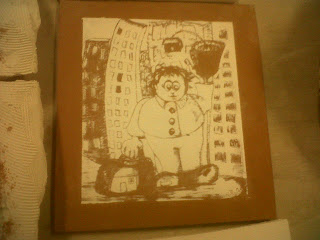 And here are some variations on the same technique. 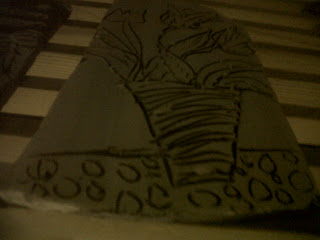 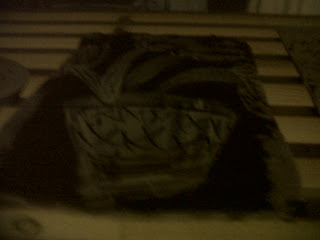 My plan now is to build the town around the station from 3D ceramic buildings and to have a back cloth of tapestry stretching from behind the town rightwards along the wall for the length of the layout.

I hope this crude drawing will explain what I'm getting at. 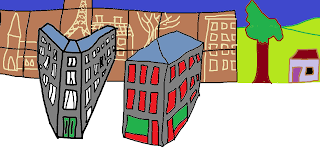 I think it would have been too steep a gradient of scenic effect to have gone from vividly coloured ceramic buildings to plain tapestry. The introduction of the terracotta tiles will act as a scenic intermediary between the 3D buildings and the tapestry.

There wasn't much I could do to my Gare du Nord last night as it was placed in the kiln ready for firing. (Won't see the result for another 3 weeks because of the Easter holidays!!)

So, in the mean time the lecturer introduced me to underglazing pencils which allow one to draw details onto ceramic pieces. They still have to be fired to release their pigments.

Experimented on this little building I'd made some weeks ago and which had only been fired once. 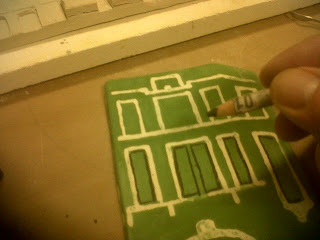 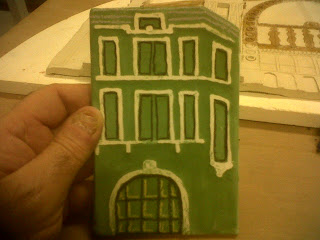 It will now be fired a second time to cure the lines drawn by the special pencil.

I have to say, there are endless numbers of techniques to be explored in ceramics. Very exciting.

Well, well, well. I had absolutely no idea that Cee Lo Green is the singer on that amazing record "Crazy" by Gnarls Barkley.

Downloaded his single, "Forget You" from iTunes and that was the second surprise: I'd heard it dozens of times on the radio at work but had never discovered who it was by.

I would describe his voice as "effortless".
Posted by Tony Morris at 12:29