Every now and again I ponder the quality of the basically black and white on orange silhouette that forms the existing backdrop to my Parisian diorama. 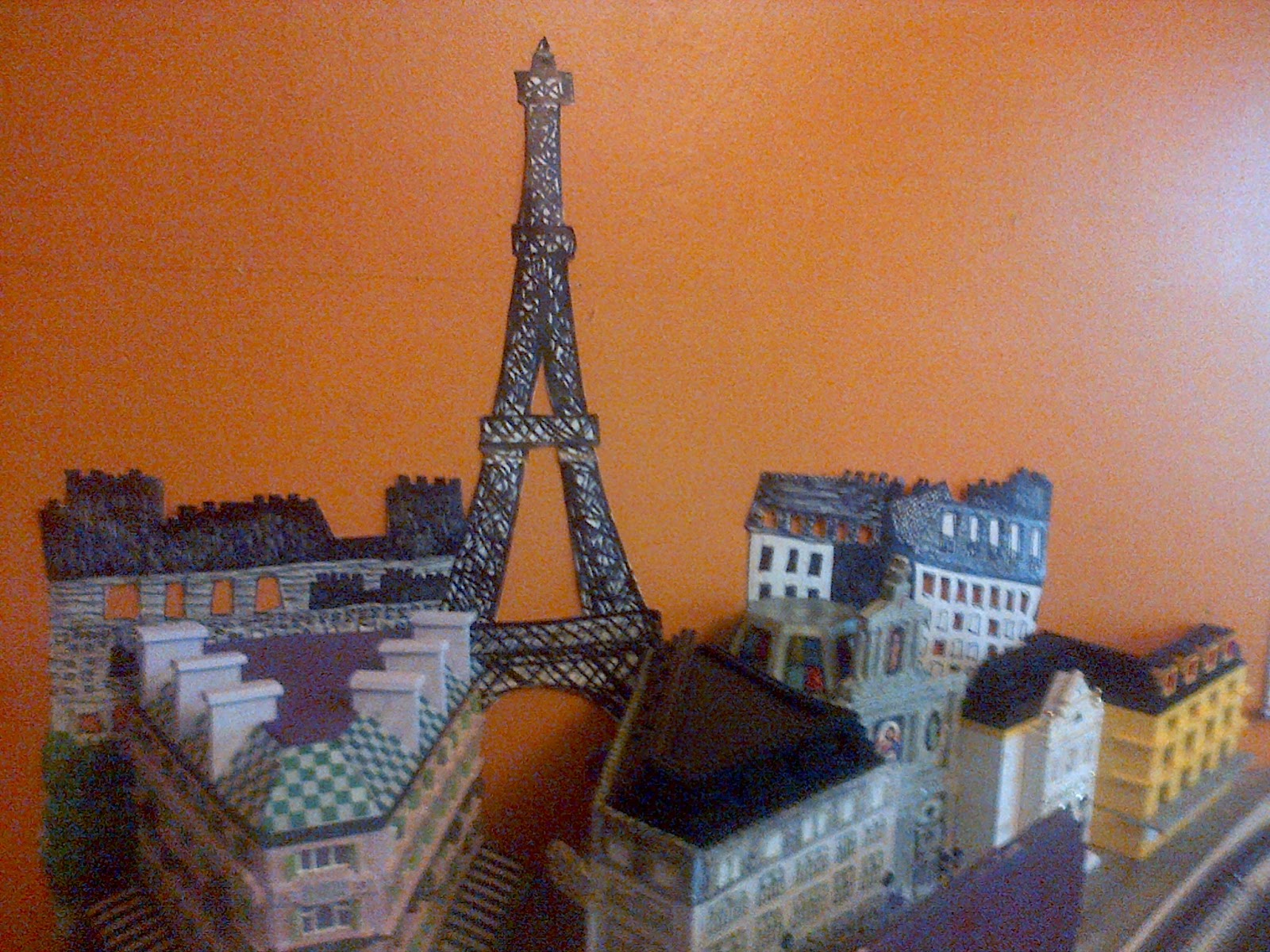 And, now that I look at it afresh, it seems pretty good! Needs some extending leftwards, but that's it.

But earlier today attending midday Mass at St Simon's, Partick, Glasgow, my eye rested, as it always does when at St Simon's, on a mosaic representation of a Polish city-scape which forms the backdrop for a little prayer corner in the church - a church frequented by Glasgow's Polish community. 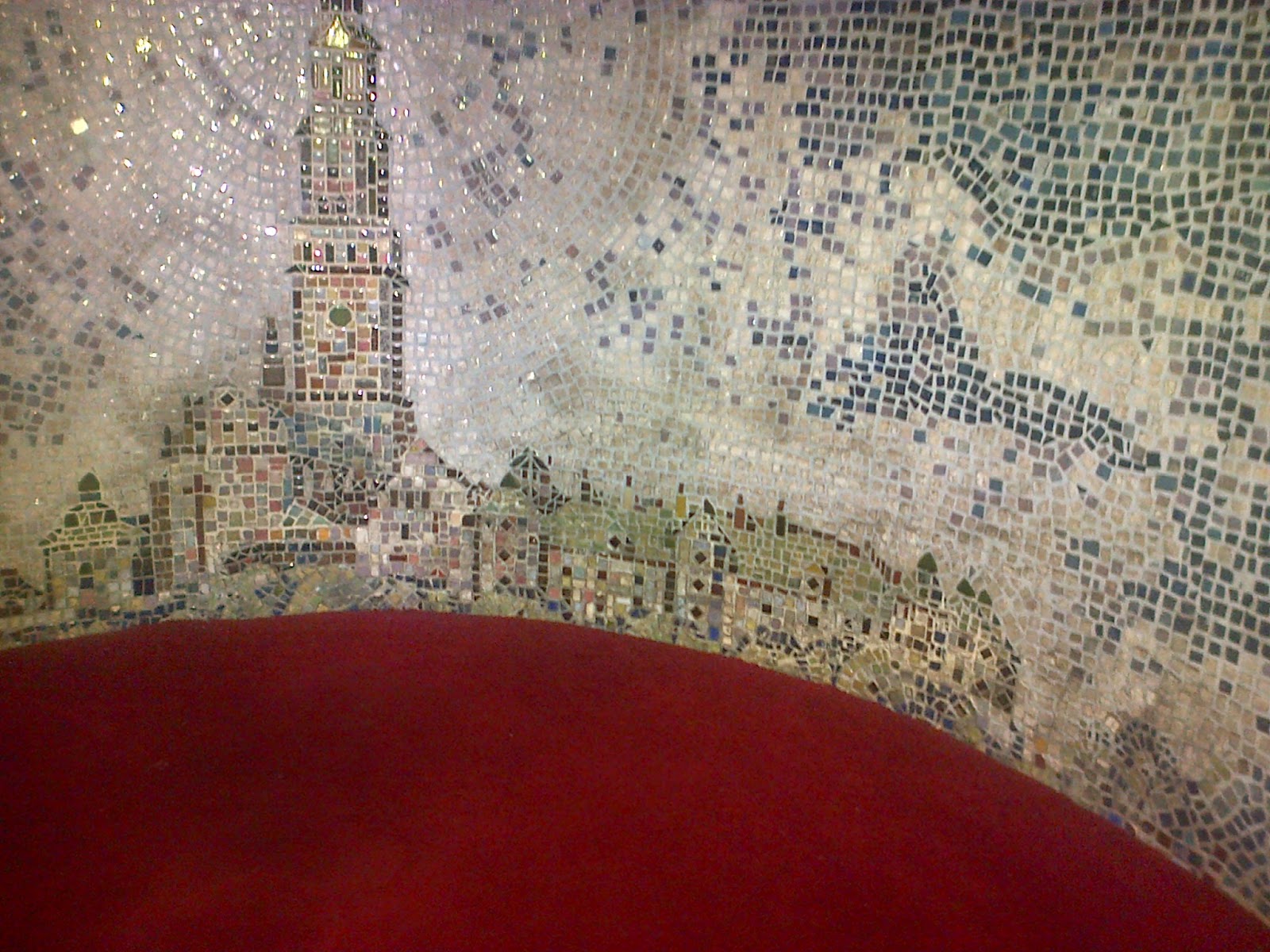 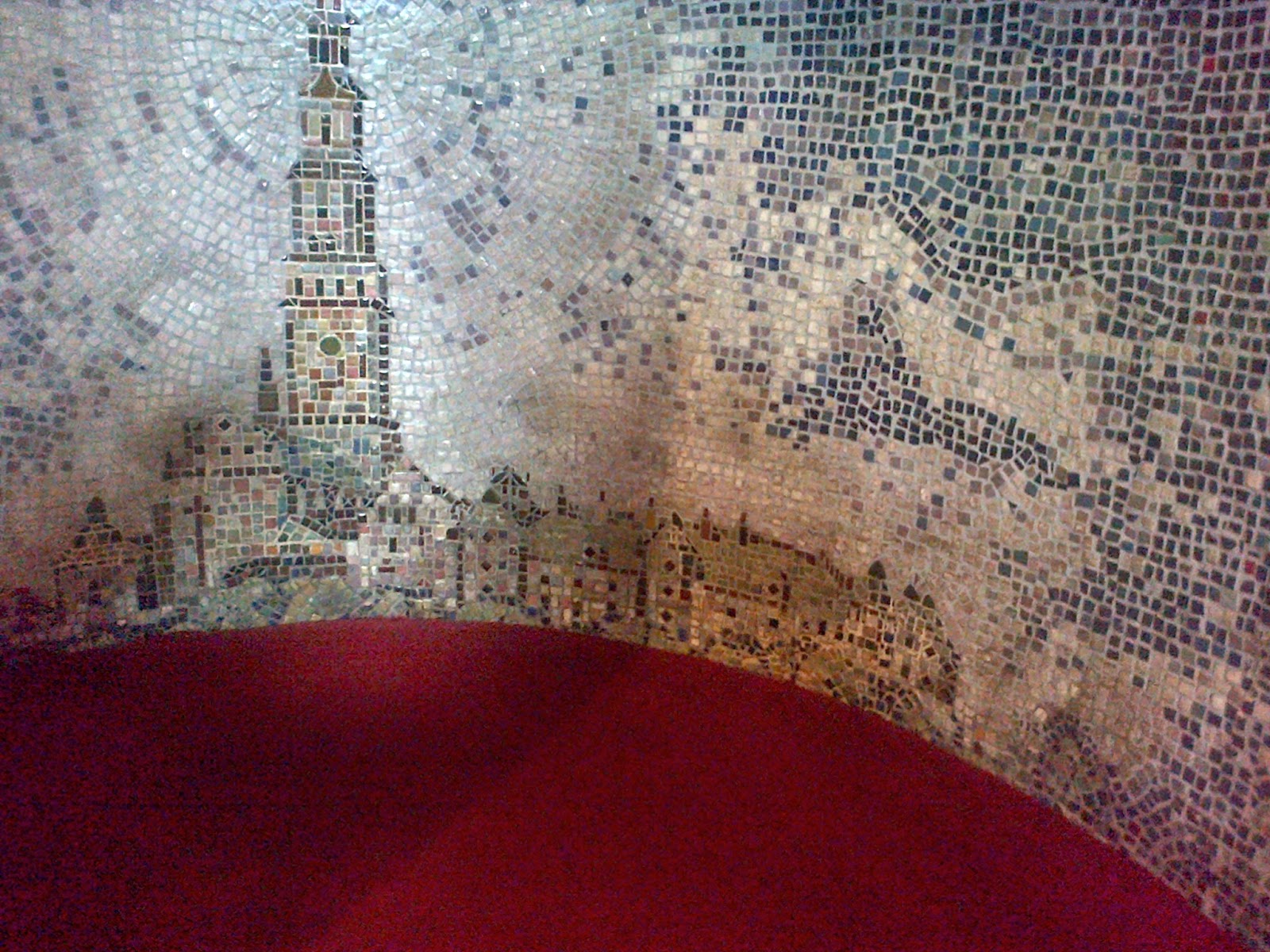 And I wondered if I shouldn't construct a similar backdrop for my layout ie one made from mosaic but depicting French city apartments and the Eiffel Tower.

But, on looking again at the existing backdrop, maybe I won't. 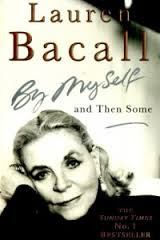 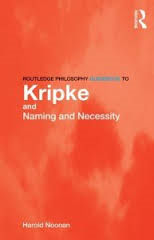 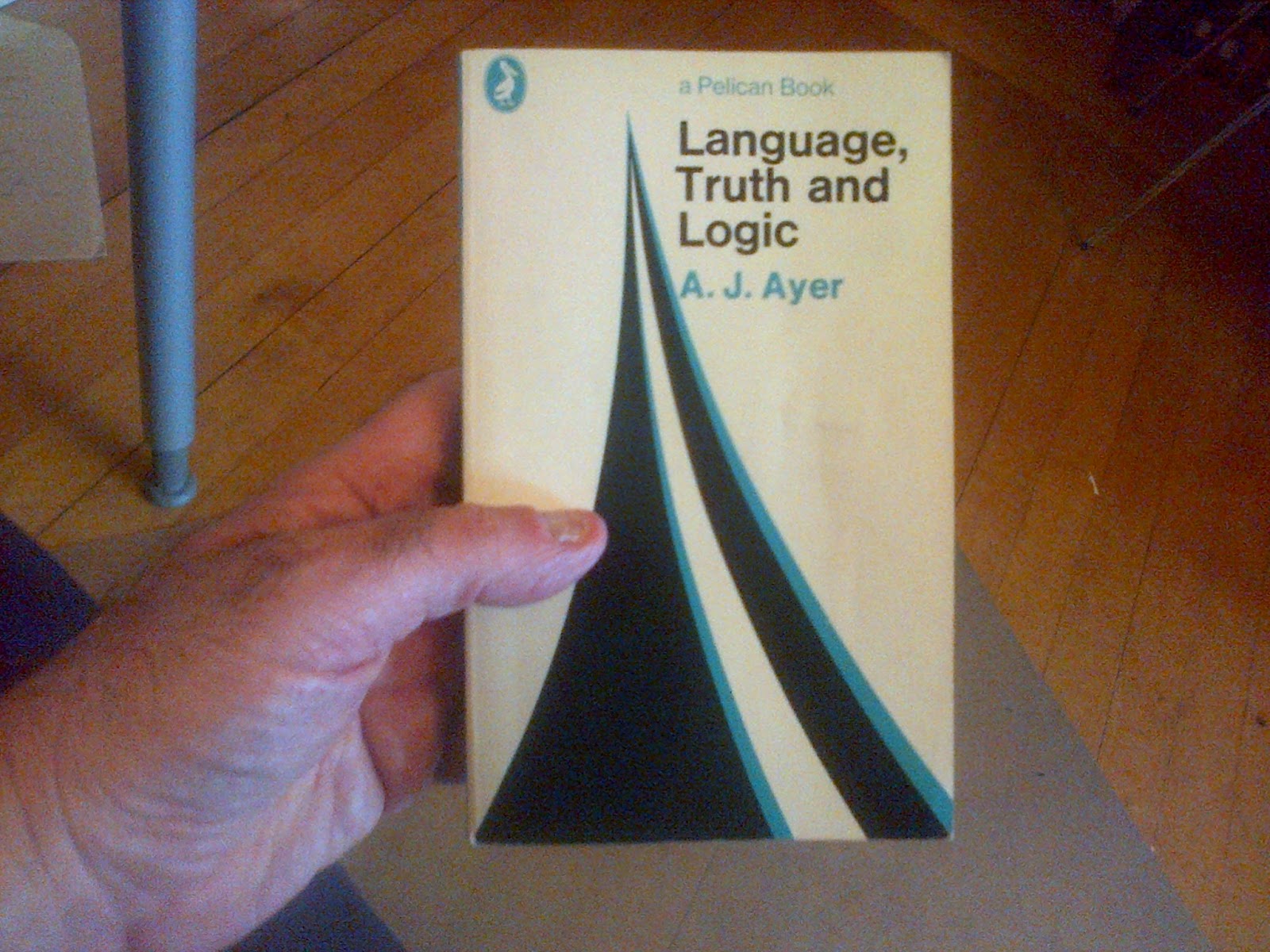 Feel I'm making progress; getting a feel for the landscape that is language, knowledge, meaning and metaphysics. 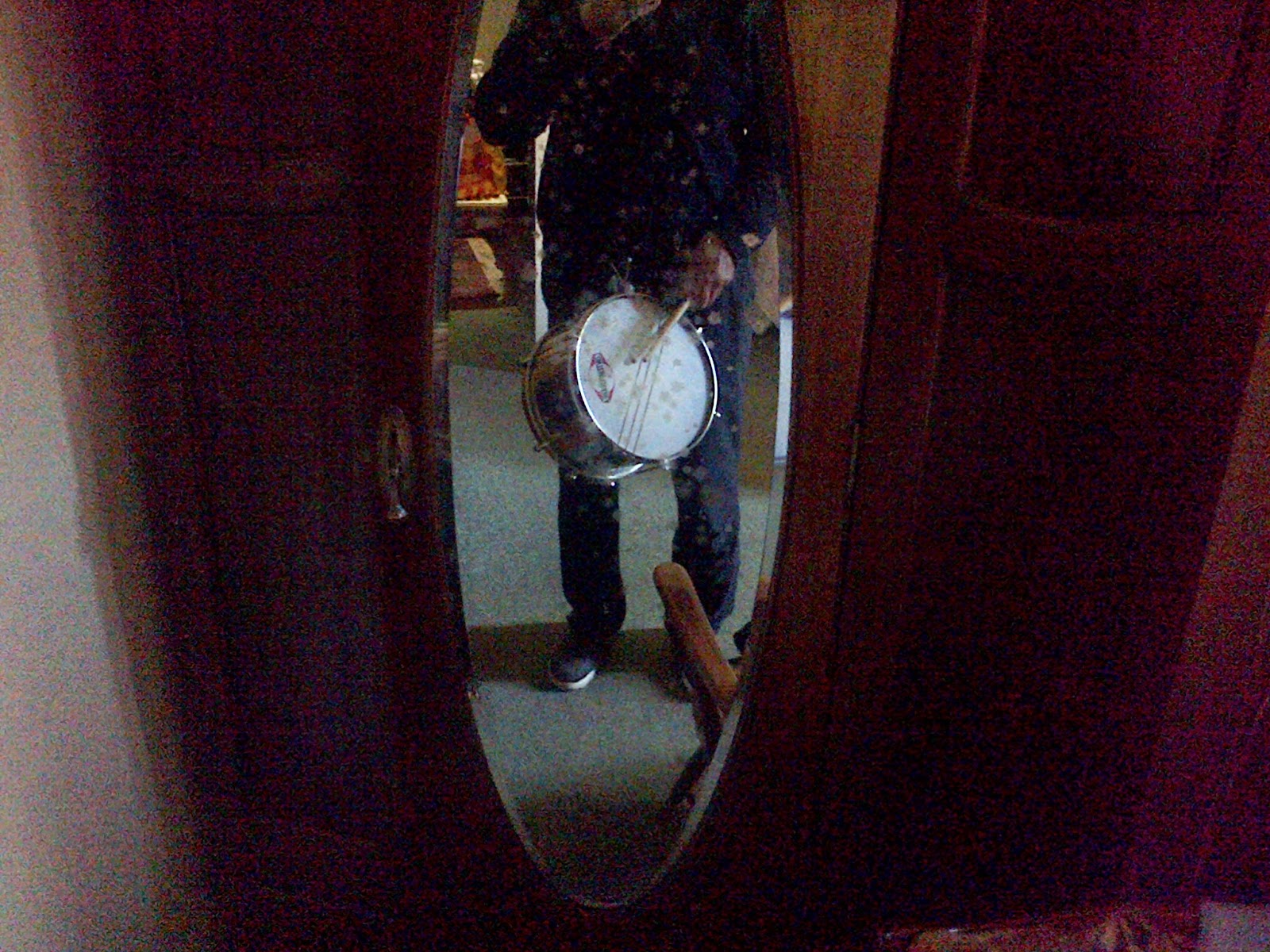 Found this to be quite a boring and tense practice routine, so carried it out to track after track of the electronic band "Factory Floor" - much more enjoyable. Probably, 45 minutes in total.

I don't see this window as often as the other two because of where I usually sit. Same crude but powerful style as them but in completely different colours. Once again, it is St Simon aka Peter who is depicted. 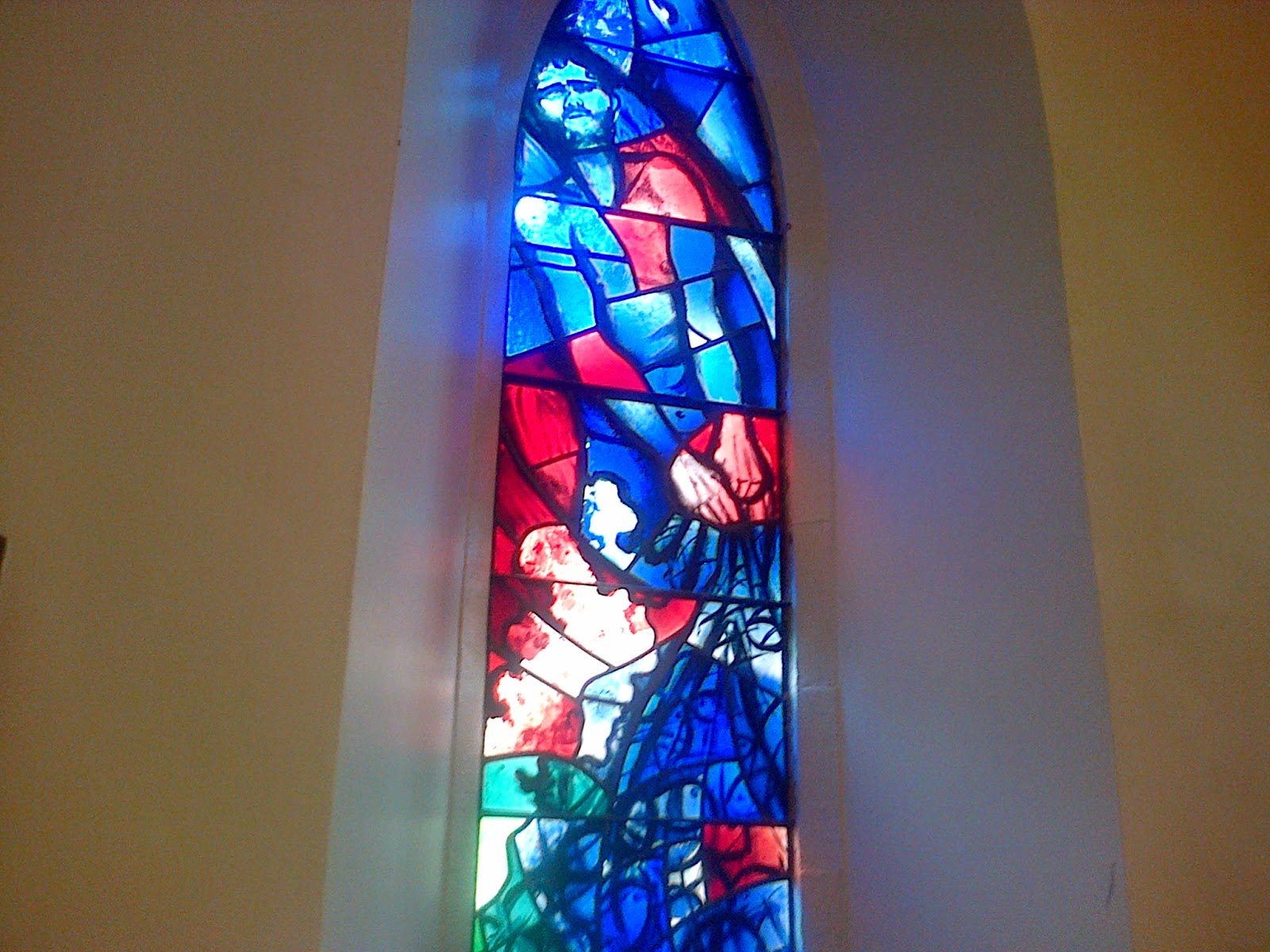 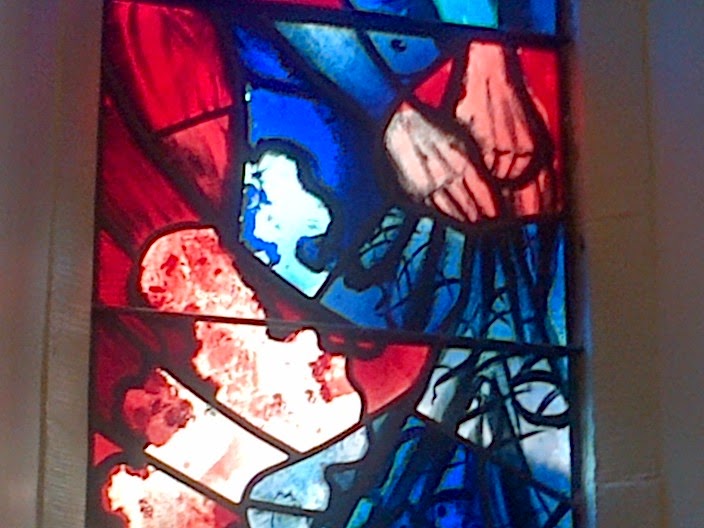 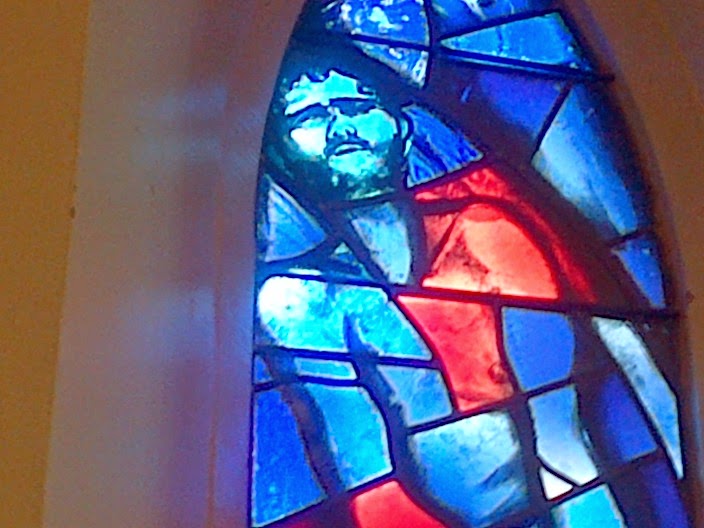