Got cracking on some soldering this evening.

Discovery 1) thick cable cannot be easily soldered to the rails so reverted to the bell wire as feeders from the power bus. More of that issue tomorrow.

Discovery 2) a crocodile clip is the perfect device for holding the wire tightly against the rail to which it is being soldered. 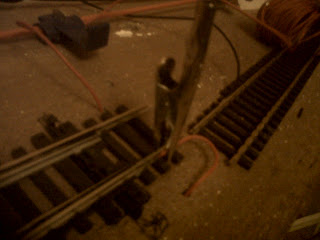 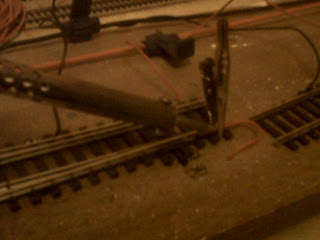 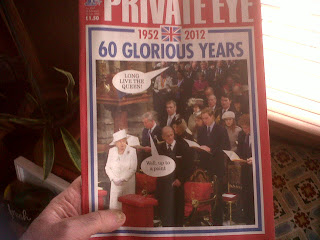 I think for a British person it has been a good period to be alive. No wars on our soil, basic economic stability and internal law and order.

Obviously, I've been lucky. Could have spent the last 60 years in Somalia. 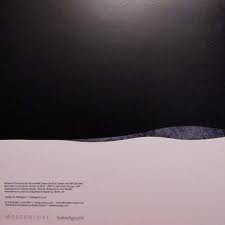 For utter bleakness, this is the album to play.


" ....... transporting the listener to a bleak arctic soundscape that is raked by gales of reverberant sound and dotted here and there with frozen columns of bass. A jagged rhythm pounds away beneath the inhospitable tundra, struggling to break through to the surface, while geysers of pure sound hiss and steam their way through the cracks.

Delicately balancing between dancefloor euphoria and deep ambient immersion, the album is rife with tension."

"The Coldest Season opens with an atmospheric storm of white noise; a field recording manipulated by Modell and Hitchell. After minutes of buildup a beat unexpectedly kicks in, panning and evolving constantly. Thus marks the beginning of Echospace's first album and a new direction for dub techno.

The storm is prevalent for the entire duration of the recording, a high frequency hissing offset by killer bass hooks. Just like the minimal cover art is grey and white, the contrast is obvious and delightful for anybody 'trained' in dub techno. Special mention goes to "Aequinoxium" with the most addictive bassline I have ever heard in a track - 13 minutes of relentless sub-marine exploration. "Celestialis" is also a favourite, with glacial bursts added in the first few minutes and the bass gearing up throughout the track. It's the most progressive track on the album - most of them are content on chugging hypnotically onwards."

I remember buying this album. Yes, I actually went into an actual record shop in Glasgow and bought it.

That was in the days when it was a real treat to browse through the record racks and find a little gem. On this occasion, something was playing in the shop and I asked the chap what it was. I can't remember what it was, but he said that if I liked that sort of thing then I would like Deepchord, and I took his advice.