Not everything one does has to be a means to an end: one can follow some pursuits for their inherent pleasure. For example, listening to music, watching a football match or a film or playing a sport. Some people get satisfaction from their work. And of course, some people take up model trains as an inherently pleasurable pursuit.

But this issue over re-wiring these sets of points is getting me down. If I had the money I would definitely pay somebody to do it for me.

But, that's not to be. Since the task has no inherent  pleasure I have tried to find a justification for my tackling it. My first port of call would normally be that I might learn something from doing it. But I honestly believe that even if I manage to work out the logic of the polarity switching, and understand the nature of the electrical connections that have to be made, I will never utilise that knowledge again. And that thought depresses me and puts me off doing it.

However, a few days ago, a justification presented itself to me.

It has often been said, has it not, that as one grows older one can stem mental decline by exercising one's brain. I'm sure that the scientific basis for this claim is flimsy but casual observation of older people being given some kind of mental task to perform does suggest that they do indeed become more mentally animated.

This then is my justification. By seriously grappling with the logical and technological issues asociated with wiring these points I might eke out a few extra months of enhanced mental performance in other areas. 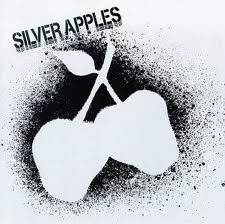 Silver Apples are an American psychedelic electronic music duo from New York, composed of Simeon Coxe III, who performs as Simeon, on a primitive synthesizer of his own devising (also named The Simeon), and until his death in 2005, drummer Danny Taylor. The group was active between 1967 and 1969, before reforming in the mid 1990s. They were one of the first groups to employ electronic music techniques extensively within a rock idiom, and their minimalistic style, with its pulsing, driving beat and frequently discordant modality, anticipated not only the experimental electronic music and krautrock of the 1970s, but also underground dance music and indie rock of the 1990s.

That resume was stolen from Wikipedia. But, it seems about right.

They remind me of Hot Chip, a band I like an awful lot. 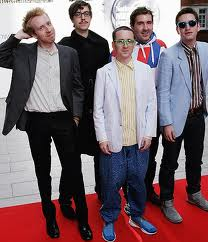