At last! For the first time in over two months, tomorrow I will have time to devote to the actual model railway and, therefore,  might have something concrete to report in tomorrow's blog - as opposed to all this waffling I've been doing.

For now I'll have to resort to a photograph of a train. 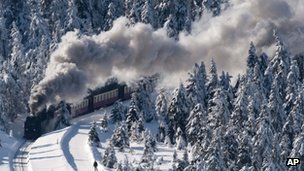 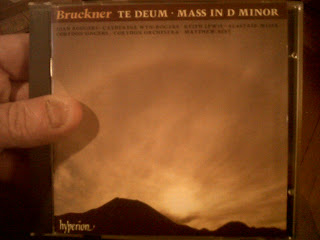 ﻿
The Roman Catholic Mass (like the Communion services of other denominations) is a sequence of devotional activities.

When music is composed for choirs to accompany the Mass, it too is sub-divided into those sections.

Bruckner's Mass in D minor thus begins with the section that is always referred to as "the Kyrie".

This is my favourite part of the Mass and Bruckner's Kyrie is exceptionally moving. Sung here by the Corydon Singers.

It consists of these simple words.