Saw this picture on BBC website tonight - it really captures the 'je ne sais quoi' atmosphere of a railway station, albeit in Russia not France. It has motivated me to keep going. 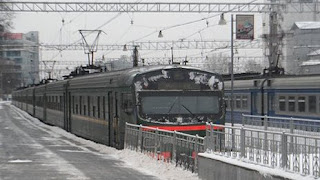 Moved a small step ahead with my test track today and made a plan of how it should be wired; perhaps 'powered' is a better word.

The thick red  and blue lines at the top represent the 12volt power bus from which feeder wires to the track will be taken.

I've elected to put feeds to each separate piece of track and to the points themselves. 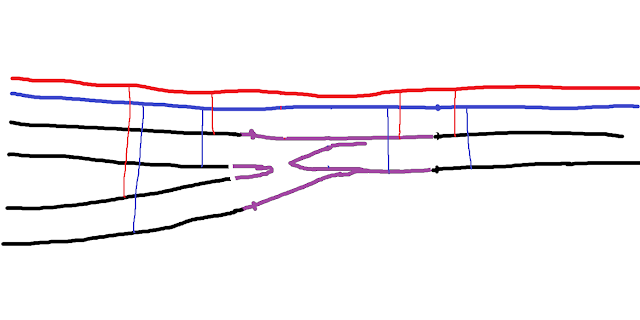 And the messier reality: 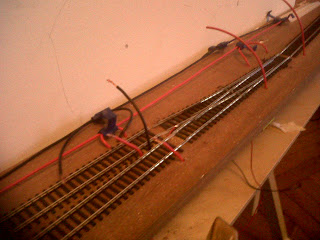 You will notice that I am using those snap lock connectors which  I eschewed in earlier blogs. Have decided to give them another trial but with thicker feeder wire that I hope won't slip out of the connector. I have also followed the advice of an Australian in a youTube video (I mentioned this in an earlier blog) who threads the feeder wire right through the connector in a U-formation thus being able to get two feeds from each connector - not sure why the manufacturers don't mention this possibility. 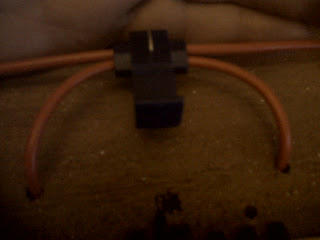 Mentioned this singer the day before yesterday.

She has a most unusual voice. Came across a really great song on iTunes: "Spontaneity"and have been playing and re-playing it all day.

It's from her album Kollage. Found the rest of the album mediocre so didn't download anything else. 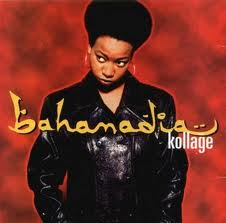 I've come to the conclusion that creative pursuits are often mentally demanding and not in the slightest bit relaxing.

I was very tired before I even started last week's ceramics class. As a result, I couldn't be bothered making the creative decisions about which cuts/brush-strokes/lines etc should be made in the clay to capture the feel of the Gare du Nord facade I've embarked upon. Fortunately, most of the evening was taken up with rolling out the gigantic piece of clay necessary to make the facade.

But tomorrow, I am going to stop work early so that I am not arriving in the class in a harassed state of mind. I want to shape and emboss this slab of clay in a careful, purposeful and artistic fashion. If I'm tired I'll still feel obliged to do something but that something will be slap-dash and non-artistic and just done for the sake of it.

Here's a photo of the basic set up to remind me what's ahead. 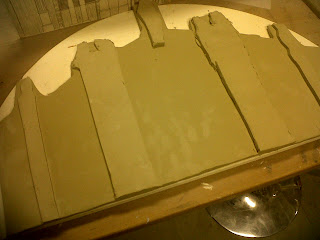 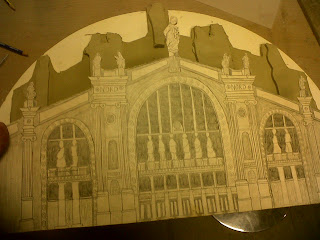