Whenever I've no activity to report on this French Model Railway, I usually post some trivia about France or about railways. Well, today "model" is the topic; at least, Keith Waterhouse's brilliant novel from 1990, "Bimbo". 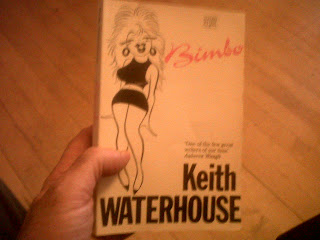 No idea when I bought the book, but in desperation for something to read took it down from the shelves last night.

As you would expect from Keith Waterhouse, it is brilliantly written. But it is written in the vernacular of what one might expect a page 3 girl originating from the Thames Estuary to use.

Not at all patronising. And despite the subject matter being of zero interest to me (that's probably why I have never given it a proper chance) it is not only hilarious, but actually quite gripping. 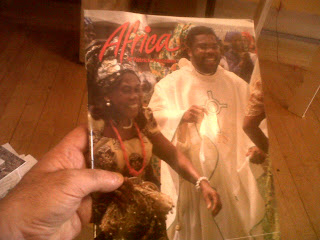 This monthly magazine is always full of interesting and well-written articles about missions in Africa and South America. I really look forward to its coming through the letter box.

In this month's issue there was a shocking description of some of the horrors that took place in the Rwandan civil war.

I'll quote from the article by Father Nicholas Hennity who had returned to Rwanda recently:

"The Nyabarongo river just outside Kigali brought back many sad memories. Here thousands of Tutsi people were tied hand and feet and thrown into the river during the genocide, so that their bodies could make their way to Ethiopia where it was believed that they originally came from."

Continuing on the economy drive and used up stuff from the freezer: cod, sea-bass, asparagus and cous-cous. 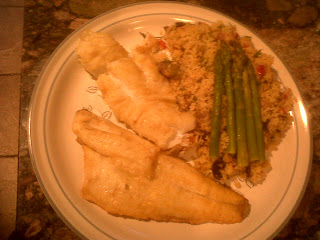 Washed down with wine from Cahors. Was determined to give Cahors wine with its Malbec grape another chance after the failures when drinking it in France itself recently.

Very acceptable this time. Perhaps the problem is that the French serve and drink their red wine at much lower temperatures than I'm used to. 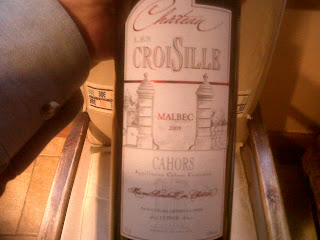 After my recent deluge of drum 'n' bass, went back to listening to the more settling tones of Radio 3 this morning.