A short stay in Arcachon; but even so the place has left its usual vivid impression upon me.

I'd noticed earlier in the holiday that even though my words, "cafe au lait" were always understood by the various waiters, on the bill would be printed "Cafe creme".

One day I asked a waiter what the difference was: "The same, monsieur. Pas de difference. Exactement the same."  He then went on to muddy the waters by saying that in the Landes region there was some kind of distinction to be made. And, then even more confusingly, he seemed to say that the practice in Germany was yet different again. I think I may have misunderstood him.

Anyway, for the last few days, the phrase, "Un grand cafe creme, s'il vous plait, monsieur." has been in use.

This morning's pain aux raisins had unusual physical proportions: higher and narrower. Also, the pastry was drier and stiffer than usual. Still acceptable, though. 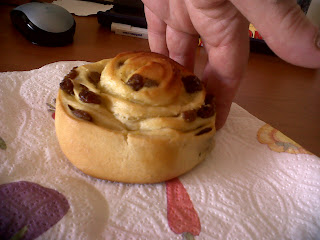 Yesterday's listening was Mazi and Duriez: "Chicago, a Wake up Call." 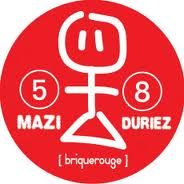 I know most people will consider me too old to be liking this stuff, but I LOVE it and when I get home will explore this duo's work more. They have a Parisien connection too.

I've got a fair number of CDs and downloads made by Chicago electronic musicians over the last 20 years. The first purchase I made fortuitously in a record shop in Glasgow - now defunct - when browsing through such shops was one of life's great pleasures.

BUT, as I try and pinpoint which CD that was, I discover that that one was in fact made by Detroit musicians. 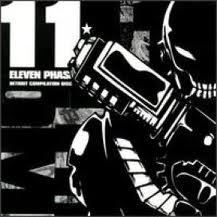 Still, same thing. Maybe it will boil down to a "cafe au lait cf cafe creme" situation.
Posted by Tony Morris at 16:00