The Romance of the SNCF.

When I embarked upon this project I was often asked why I had chosen to make a French model railway as opposed to a British one. (Not, I notice, why a French one as opposed to, say, a Korean one.)

The only answer I had was that France and French railways have always had a place in my memories of childhood holidays and that that fondness has been intensified over the years by subsequent visits along with a love of French literature, philosophy, lifestyle and image.

Whilst trawling the internet for things French and HO came across a fascinating site about trains in general called Phil's Loco Page http://www.locopage.net/index.htm.

I trust Phil won't mind my displaying these three photos from his "Trains at Night" page, along with his commentary thereon. These capture that spirit that I wish my layout to capture. 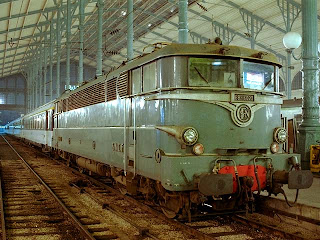 SNCF French Railways, elderly electric loco BB16023 is seen after arrival at Paris Nord station with an evening arrival from the north of France. In the old green livery, with some impressive station lighting. 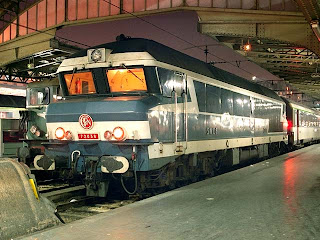 SNCF French Railways, large Diesel loco CC72038 is seen after arrival at Paris Est station with an evening arrival from the south east of France. 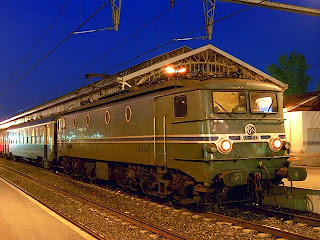 SNCF French Railways, elderly electric loco CC7102 is seen at Perpignan with an evening train from Narbonne to Port Bou. The train waits with a most impressive deep blue sky in this early evening scene. Similar to the class 276 in Spain, and the 1300 in Holland, the French examples finished work in December 2001.

I particularly like the first picture and intend using its 'colourscheme' for my station.

Sometimes (make that 'often') I think there must be something wrong with me; albeit not seriously wrong.

For the last 24 hours I have been continuously humming 'Voodoo Ray' by A Guy Called Gerald. As I made my morning cup of tea; as I packed my squash bag; in the car on the way to squash; as I got changed and waited for my opponent to arrive; in between shots during the game; on the way home; as I made lunch .......... but not, funnily enough,  as I type these sentences. 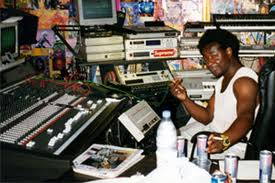 I love the chaos in this picture.