At last some model railway action

Found some time today to visit a hobby supplies shop. The purpose was to get ideas for decorating the exterior of my HO scale Boulevard Haussmann building.

These 19th Century Parisian edifices, like their Madrid, London and Glasgow counterparts were adorned with sculptural features and railings. 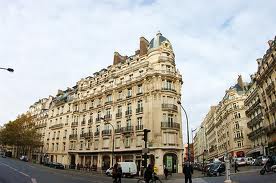 The hobby shop was on two floors and I was very patient and determined to inspect every shelf looking for ideas.

Made the following purchases: 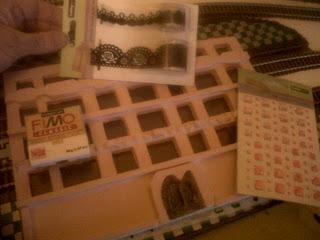 There was a locum priest at St Peter's this morning.

He made everybody sit up with his sermon and the girl in front of me shook her head with disagreement at several points during it.

Basically, he said that the efforts made by the Roman Catholic Church over the last 50 years to make itself more accessible and user-friendly had led to a loss of wonder at the majesty of God. According to this priest, Pope Benedict was quite rightly trying to turn back the clock with his reforms.

It was important to retain a distance between man and God - and not to get to chummy.