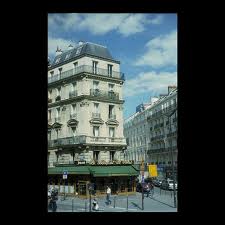 Radio 3, Composer of the Week.

This week, Donald Macleod considers the life and work of the French composer, Charles Gounod, 1818 - 1893.

Fricassee of lamb, potatoes and shallots. Instead of braising the lamb in white wine, used red and then thickened sauce with egg yolks and lemon juice. 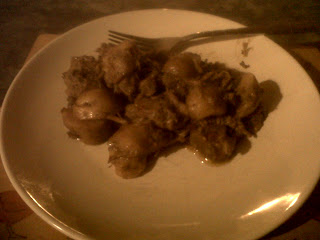 One of the least satisfactory squash coaching lessons I ever received was given by a very fat but highly esteemed coach who warmed up the squash ball for use by keeping it under his armpit. 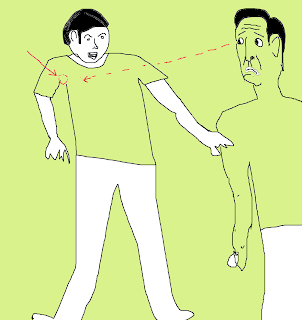 His approach was intellectually beyond me. His opening gambit was not anything to do with technique (which is what I was interested in) but was that squash is a 3D pursuit and that one must think of all shot making as taking place within this 3D space.

This meant nothing to me: I seemed capable of seeing shots only in terms of a 2D Euclidean geometry.

But, I knew that the fault lay with me not with the coach. And, I still think of his comments all these years later.

But, I have the same mental block with my Tango tuition. Go left, go right, go forwards go back - these are all constructs I understand and can execute. But when the tutors talk of moving into space, shifting weight, and so on, my mind seizes up just as it did with the squash coach.

At least nobody's armpits are involved.

There was an interesting interview on Radio Scotland today. A composer and choreographer was talking about her collaboration with a mathematician. The mathematician had told her that maths is all about patterns.*  Her latest composition/dance is being performed in Glasgow this weekend and the audience is invited to move about the venue and indeed climb to various balconies so that the movements can be viewed from above, thus revealing the 3D nature of the dance.

I intend going to see this performance: entry is free and my bus pass gives me free travel to it.

My hope is that the experience will kick-start within me some appreciation of my own movements as being a 3D affair. Obviously, I know that they are in 3D but I have no appreciation of this 3D element and thus cannot exploit their 3Dness. To be even an average Tango proponent, one needs to understand this 3Dness.

* It is oft said that mathematics is about patterns as opposed to numbers. That is where my understanding of mathematics came to a grinding halt. Peano's axioms I enjoyed; Complex numbers and Calculus I loved: but topology was a closed book.

All these issues - Tango, squash and maths - are inter-linked in some way.

Have still done very little on the meditation front. But I did attend my local church last night to hear a fascinating lecture given by a hospital consultant in Palliative Care. Certainly lots to meditate upon afterwards.