3 Ceramics matters to report upon:

1) The long dark tenemental row has had its final firing but was too hot to take home.


It should emerge with a satin finish.


2) The church facade of St Paul-St Louis has had its first firing and was ready for some colour to be added.

A reminder of the actual church. 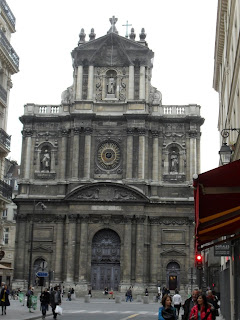 I want my model to have this grimy dismal kind of finish. The lecturer suggested that I look around the classroom for finished pieces that might have been given a glaze similar to what I was looking for.

Almost immediately I saw this ceramic clock: the girl who made it said the glaze was called "Evening Shadow". It varies in appearance according to lighting conditions. 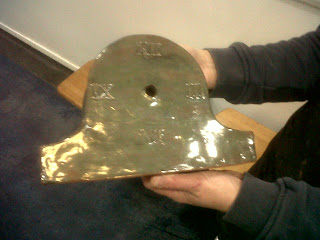 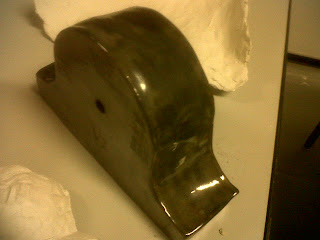 The stained glass windows on my model will not receive the "Evening Shadow" treatment so I painted them with shellac to resist the "Evening Shadow". The shellac will burn off in the kiln leaving those parts unglazed and ready for separate coloured glazes to be added. 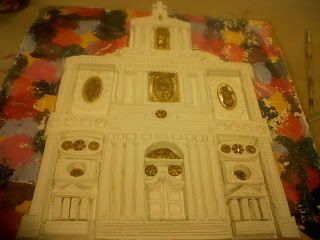 With the protective shellac in position the next step was to slap on the "Evening Shadow". 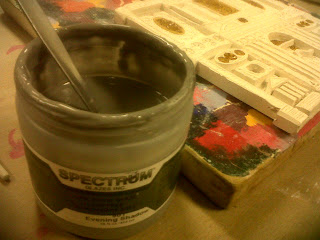 One of the joys (dangers) of glazing is the uncertainty. One simple doesn't know how the glazes will turn out. I'm happy to leave the final effect in the lap of the God of the Kiln.

3) Finally, I turned my attention to a second row of buildings. I'll use the same technique as in the blackish row (see picture at top of this page). But the building will be one of these middle-class apartment blocks with larger windows, balcony railings and other decoration.

I've almost finished etching in the features on the 4 component walls. 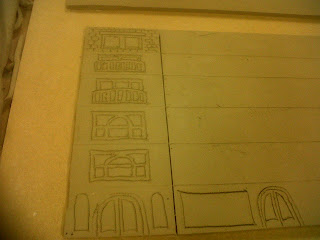 Over the last 18 months I can remember having only 1 or 2 meals that I didn't really enjoy.

Last night's was one such. 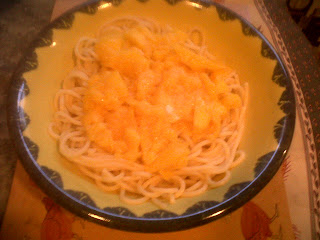 Chopped up a fresh mango on top of plain spaghetti. After all, a mango is often a constituent in a sandwich (Greggs do a chicken and mango sandwich) or in a curry.

In this case, the final effect was half way between mundane and cloying.

One of the first albums released by Eels in 1998: 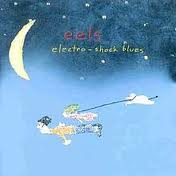