Added a couple more decorative touches to the Boulevard Haussmann.

Firstly, with a permanent marker pen. 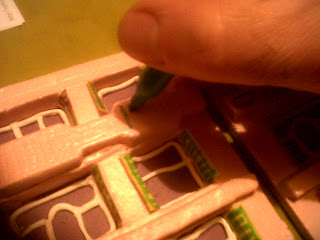 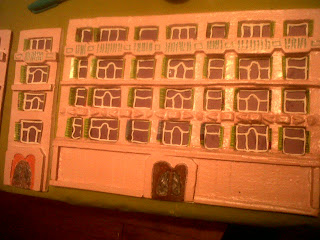 Then with a pack of plastic "gems" from a craft shop. 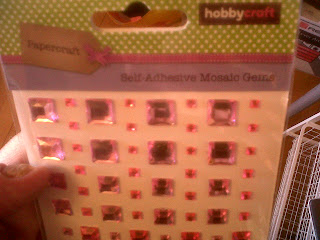 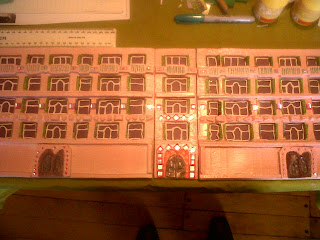 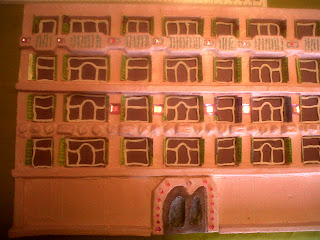 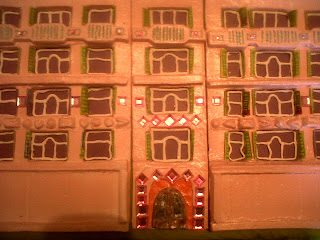 The next step will be to join the walls together. 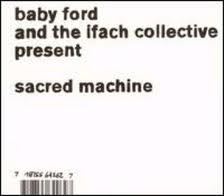 Not sure what the genre is: bleak  techno/atmospheric?

Arrived at the Tango class last night in a state of massive indifference.

What a change of mood then ensued!

Thoroughly enjoyed the whole evening and found it very interesting from a technical point of view.

If I had to sum up my current progress I would say that, after having looked around the floor at the other male dancers, I'm probably the only one doing the correct Tango foot movements and holding the correct Tango posture. But, I dance with the least verve or panache. I move like a cross between John Redwood (the former British Conservative cabinet minister) and Private Godfrey, the old sweetie-wife in Dad's Army.

I'm hoping that once the Tango steps are deeply embedded in my muscle memory then at that point I'll feel more able to loosen up.

I'd been feeling pretty flat over the preceding few days and so, to celebrate this change of mood and fortunes, stopped at a supermarket on the way home and bought a cheap bottle of Australian fizzy wine and some smoked salmon and brown bread.

So, we had a late and unusual and extremely pleasant supper while watching some comedy on TV.

You will have gathered from the preceding paragraphs that my Lenten observances have not been going very well.

I'm still torn between leading a life of more intense prayer and dabbling in some form of meditation.

Perhaps I should look more closely at what the Bible has to say on the subject.

These are from memory, so I'm not giving chapter and verse at this stage.

1) Jesus gave us the advice that if we want to pray to God then we can do no better than pray the "Our Father...."

2) He also advised that our attitude to God should be be child-like.

3) Jesus went into the wilderness for 40 days and 40 nights to be tempted by the Devil.

4) Another piece of advice that Jesus gave (and was in this morning's Gospel reading at Mass) was "Ask and it shall be given."

In my simple and ignorant state of mind, 1) and 4) seem to suggest the power of straightforward prayer.

2) and 3) hint at the carrying out of some additional practices: 40 days in the wilderness suggests the value of  some kind of retreat which could be interpreted as meditation. Acquiring the attitude of a child might be seen  not as something that one can just will into existence but rather which might only be acquired through some kind of meditational change in consciousness.
Posted by Tony Morris at 17:10