Mucked around with some scraps of paper to make a mock-up roof for Boulevard Haussmann thingie.

The mock-up will form a template from which a card version will be made.

This was a surprisingly difficult task to get one's head around. 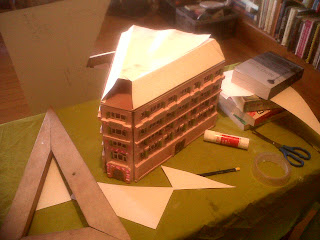 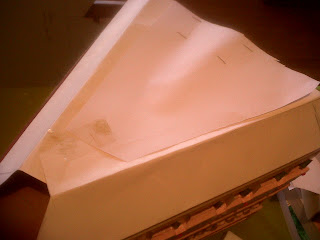 My sister and brother-in-law texted me last night to say that they were at Ayr Gaiety Theatre to see Kenny Ball and his Jazzmen minus an indisposed Kenny Ball.

I texted back to say that I remembered that the recording of Midnight in Moscow by the band had been released on a record (1962) with a pinkish coloured label but I couldn't remember the name of the record company.

One's memory plays tricks on one:

It was released on the PYE record label.

But the label wasn't in the slightest bit pink - it was white. 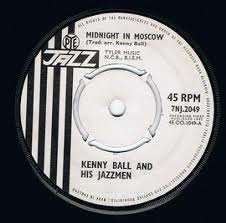 That's a disappointing outcome because I was waxing lyrically to myself on the nostalgic power of musical associations such as the colour of record labels. Well that's one association that obviously never existed in the first place.

This morning on Radio 3, to mark the 95th anniversary of the founding of the Red Army, a recording was played by the choir of the Red Army singing "Moscow Nights"; that's another name for "Midnight in Moscow".

Chinese take aways which at £5 a piece are great value.

Mine was a Sweet and Sour Chicken with boiled rice.

Just a thought: are Chinese take aways done on an abacus?

I still haven't begun meditational exercises of any kind. BUT, I have been thinking a lot about the issue.


The killer verse for me is 46: For if you love those who love you, what reward have you? Do not even the tax collectors do the same?

In other words, it is pretty easy to love those who love us.

But, and this is where Meditation might be relevant, while one might agree with the rightness of the statement that one should love one's enemies, it's difficult to do more than pay lip service to its sentiment.

Perhaps if one was to meditate upon Jesus' instruction then one would eventually internalise it and one would actually love one's enemy. Then, one wouldn't simply agree with the truth of the statement. Rather, that statement would be an accurate description of one's attitude towards one's enemies. 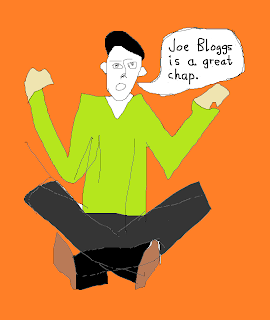 In other words, maybe being in a meditational trance is like being in a state of self-hypnotic suggestibility where one can suggest to oneself all sorts of Christian attitudes.
Posted by Tony Morris at 16:01