Basically, a lot of clowning around with about 10 different bulls. Some photos will give a flavour of the event which ended 2 hours later when a man dressed as a bull came into the arena with a fireworks display attached to his back.


But then, unbelievably, the kids in the audience were invited down to run with a smaller animal. When I say kids, I mean 6 year olds up to 14 year olds.

A 4 year old was immediately tossed into the air and the ambulance crew ran on. But things continued unabated. Then a 14 year old girl was hit for six. 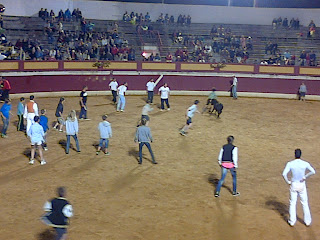 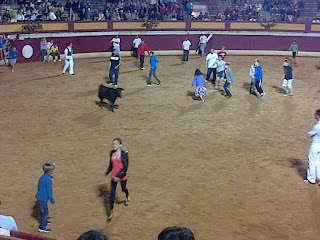 The fireworks display reminded me of fireworks in the back garden when I was a child and that smell of carbide or whatever it is. 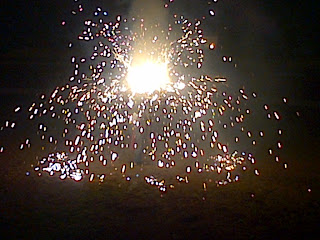 Having my coffee at the edge of one café forecourt and the beginning of the next. Therefore, in my left ear I've got French electronic lounge music from HotMix Radio, and in my right ear French Hip Hop.  I was about to move my seat when I realised that I was actually enjoying the combination. 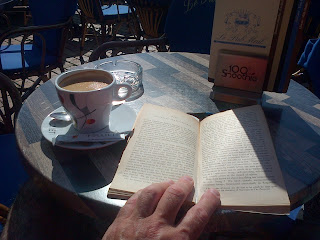 Returned to Iris Murdoch's book on Sartre and the chapter, 'Picturing Consciousness'. A couple of years ago I attended some evening classes on Phenomenology - interesting but very difficult. One source of difficulty was that my own mind, my consciousness, seemed to have undergone some structural change since my teenage years or even since my twenties or thirties.

Back then, my conscious mind did indeed seem to accord with the 'magic lantern' analogy - a series of visual, auditory, sensual or emotional events appearing before my mind's eye for scrutiny.

But nowadays when I examine the contents of my consciousness, there seems to be absolutely nothing there.

So, I was relieved to read in Iris Murdoch that this is common experience. Referring to the 'magic lantern' view of consciousness, she says: "We do not in fact experience any such thing." p86. And later, "we are not able to contemplate our states of consciousness, they are not thing-like." p87.,

And yet, something is going on in my mind. Is it not?

Before the bull fight we dropped in at a very busy outdoor restaurant.

Cost per head including draught cider: £19 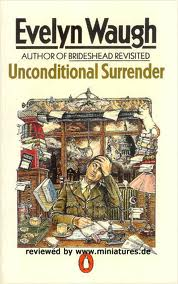