Still not satisfied with the way this backdrop is developing.

Then, when lying in the back garden staring at the sun through my eyelids a radical idea came to me - namely,  to cut away much of the sky and leave a dramatic, explosive and star like outline, comme ca: 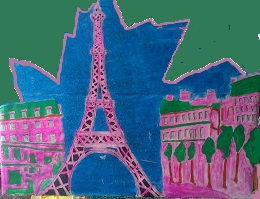 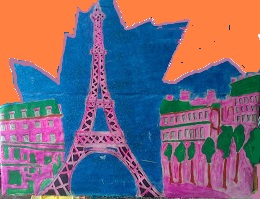 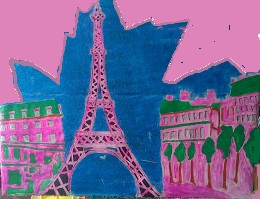 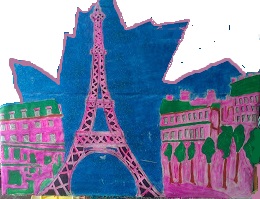 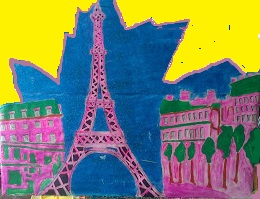 I've got rid of the aeroplane in these sketches.

See this blog dated 2nd December 2011 for my view of this album. 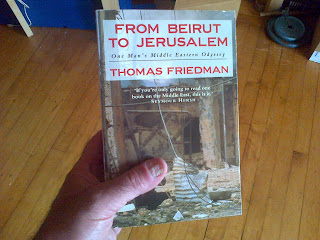 For some months now, on a twice-weekly basis, I've called in with a friend at Kember and Jones, Byres Road, Glasgow for a coffee and croissant.

Andre or Dede Minvielle, my current favourite singer - see recent episodes of this blog - sings in French and Occitan.

Basically, Occitan is one of those regional languages (like Gaelic in Scotland) and according to Wikipedia, though it was commonly heard throughout Southern France at the beginning of the 20th Century has now been almost entirely supplanted by French.

It is, apparently, a UNESCO endangered language - must tell Sting the next time I see him.
Posted by Tony Morris at 15:30