With the help of the receptionist at these holiday appartments who phoned around a few shops in the region - using an old-fashioned telephone directory to locate them - we headed for the town of Anglet some 25 miles south of here in order to pay a visit to a French model shop.

We knew that it would close for lunch at 12.30 but with 2 hours in which to accomplish a 30 mile journey we thought that would not present a problem.

To cut a long story short we arrived there at 12.29. At this point we had given up ever finding the shop and were returning home via some leafy suburbs. Nobody in Anglet had ever heard of the street, Rue Jean Mouton, or the Mall, Center Urbegi - not helped, of course, by my pronouncing it "Oorbeggy". Suddenly, out of the corner of the windscreen I spotted both the street name and the words, "Centre Urbegi". Swooped into a car park behind a concrete row of shops - hardly a mall - and rushed in. 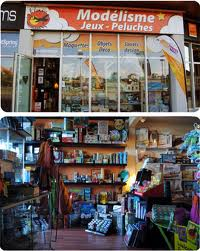 Sorry about the darlings, been reading too much Rupert Everett.

I first heard of the local shepherds on stilts when we were here about 7 years ago and didn't believe that they existed or had ever existed. 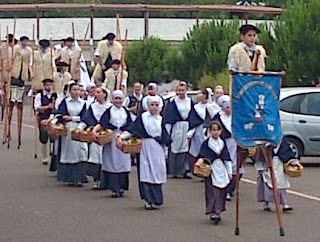 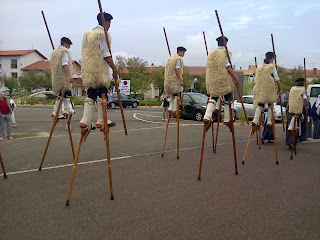 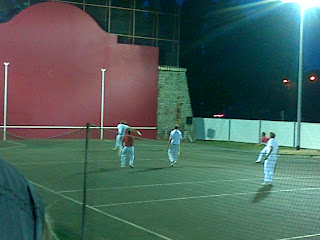 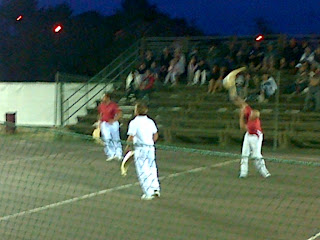 I read somewhere that pelotte generates the fastest ball speed of any raquet/bat  game. 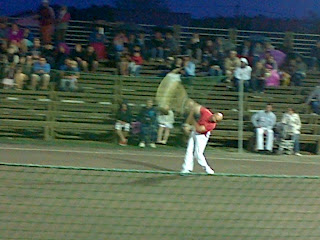 Because of the palaver trying to find the model shop in Anglet, I didn't have a book with me when I had my coffee in Hossegor; that's a truly dismal experience. I must make sure that never happens again.