This damn glue is not drying within the acetate sandwich that forms the stained glass windows. 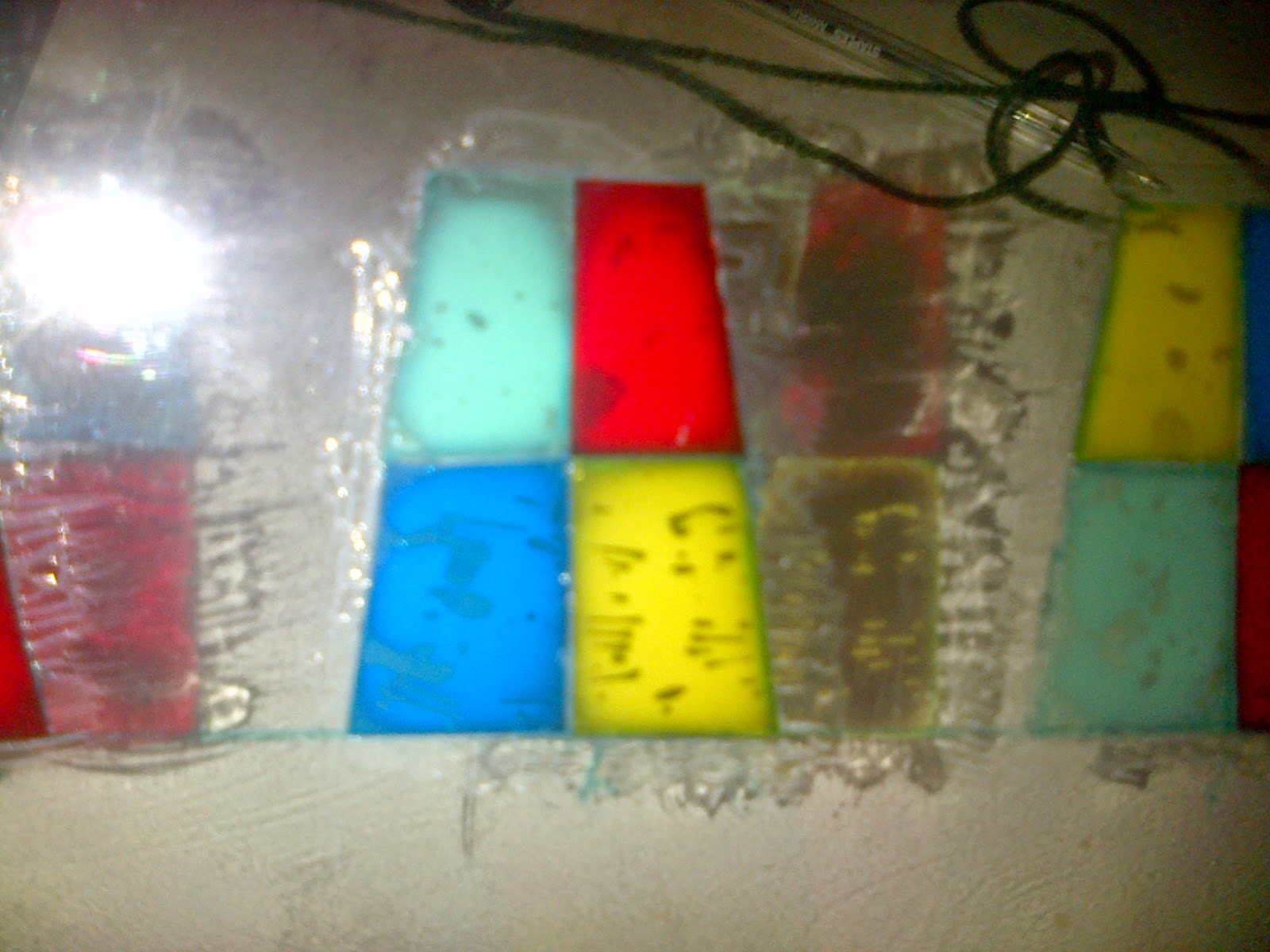 Tried piercing the acetate with lots of tiny holes to let some air in; that might work in the long run.

But, as I say, desperate times and all that, so I resorted to the microwave. 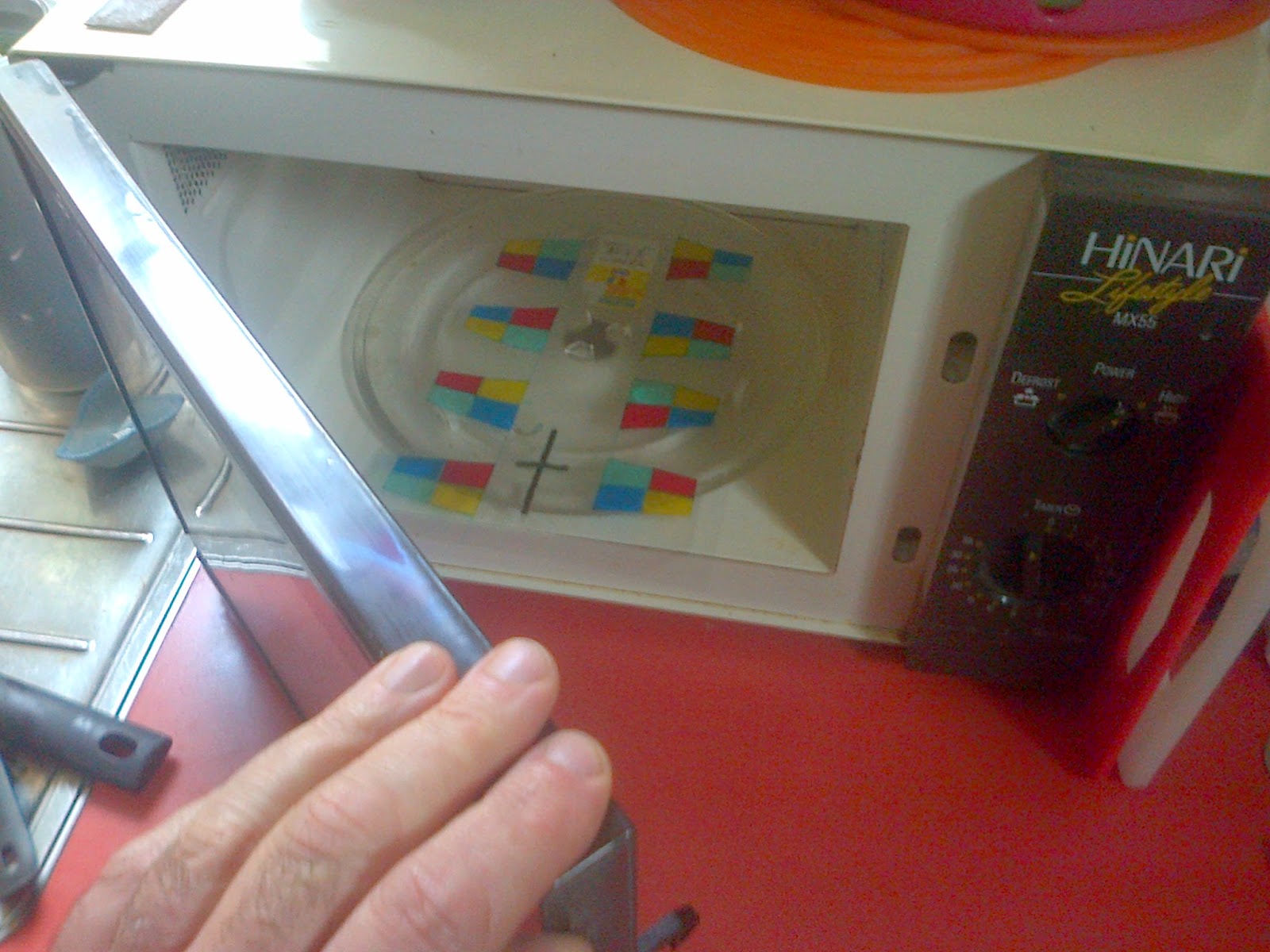 The sheet was too big to rotate so I closed the door and gave it a short 2 second burst of micro waves.

Immediately, you could see that some of the windows were being affected by the rays; others were not. Presumably the rays are at their strongest at certain parts of the oven.

So, I repeated the bursts of 2 seconds with the acetate in every possible orientation.

The result was to give a very acceptable mottled effect to the coloured panes. 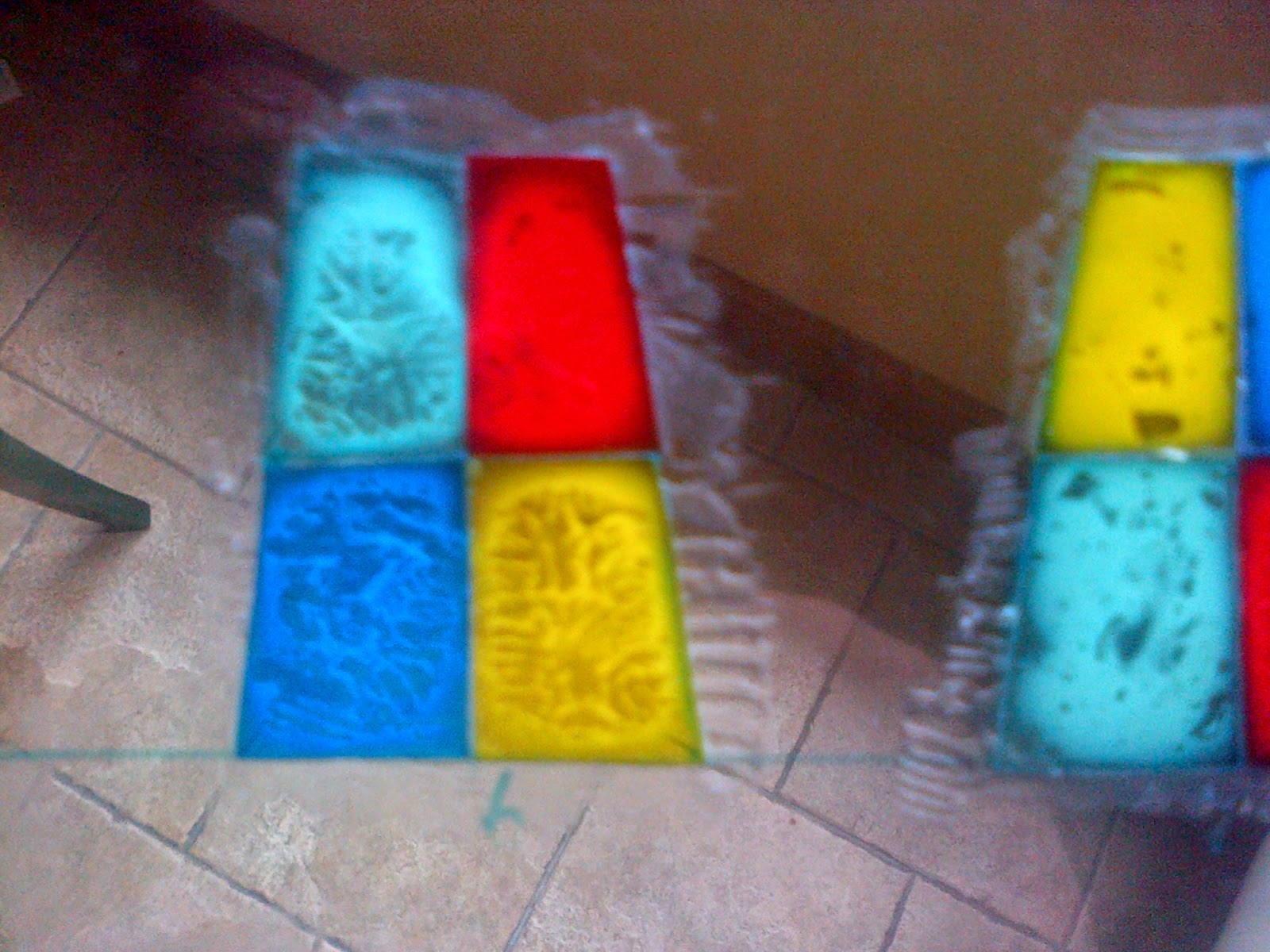 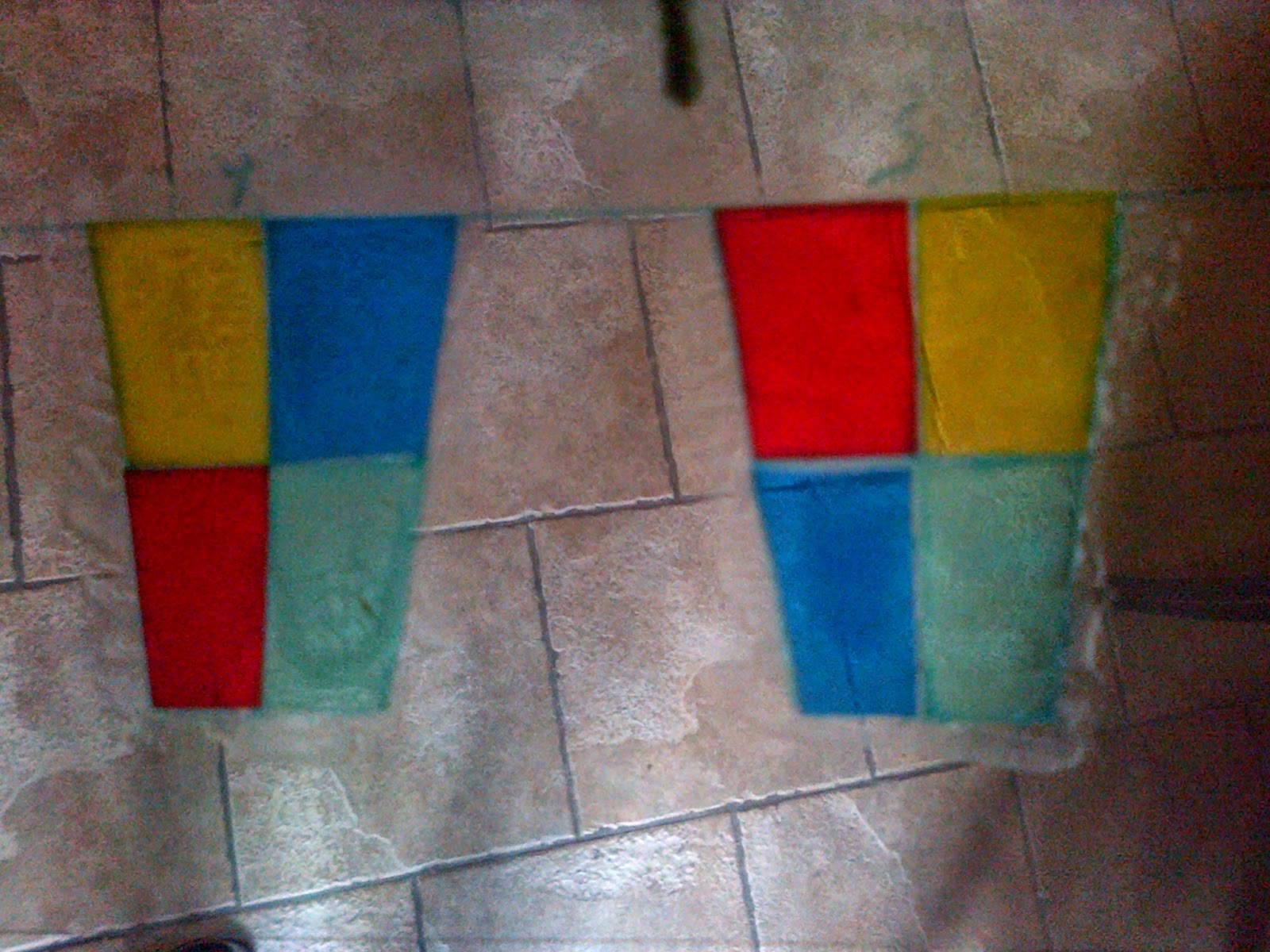 I didn't dare expose the sheets to any more rays in case something cataclysmic happened and I'd have to start the whole acetate process again. But they look pretty good and hopefully with more time will become completely transparent.

Each week when growing up I would look forwards to that week's  'Ready, Steady Go' or 'Top of the Pops' or 'Old Grey Whistle Test' TV programmes or to John Peel's radio show on BBC.

Now, I eagerly await the second Monday of each month for the 2 hour Optimo show on Rinse FM. Only 72 hours to go!

The great plus nowadays is that the Optimo programmes can be permanently downloaded as podcasts to be listened to (in my case) every day.

So, will 10,000 hours of practice turn me into a proficient percussionist or am I just kidding myself on.

Came across a great quotation yesterday which suggests that perhaps the latter is the case:

From the playwright, George Ade:

"The music teacher came twice a week to bridge the awful gap between Dorothy and Chopin."

My wife brought me back from a visit to Devon, a couple of toy vehicles she'd found in a flea market in Torquay: 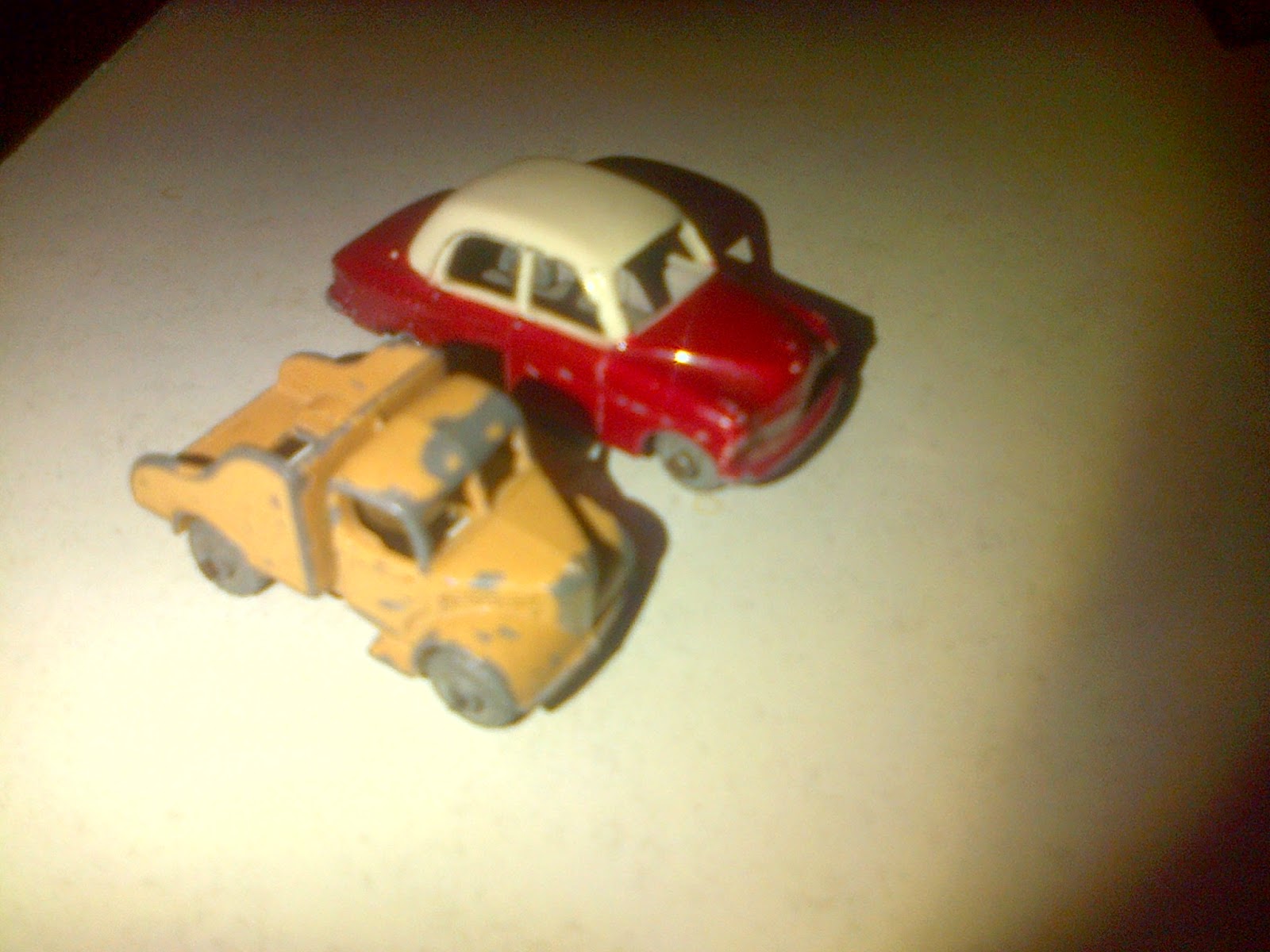 They are both by Lesney, the manufacturer of Matchbox die cast models. Matchbox were not strict about the scales of their models. Their rule was only that the model should fit the standard Matchbox "box". 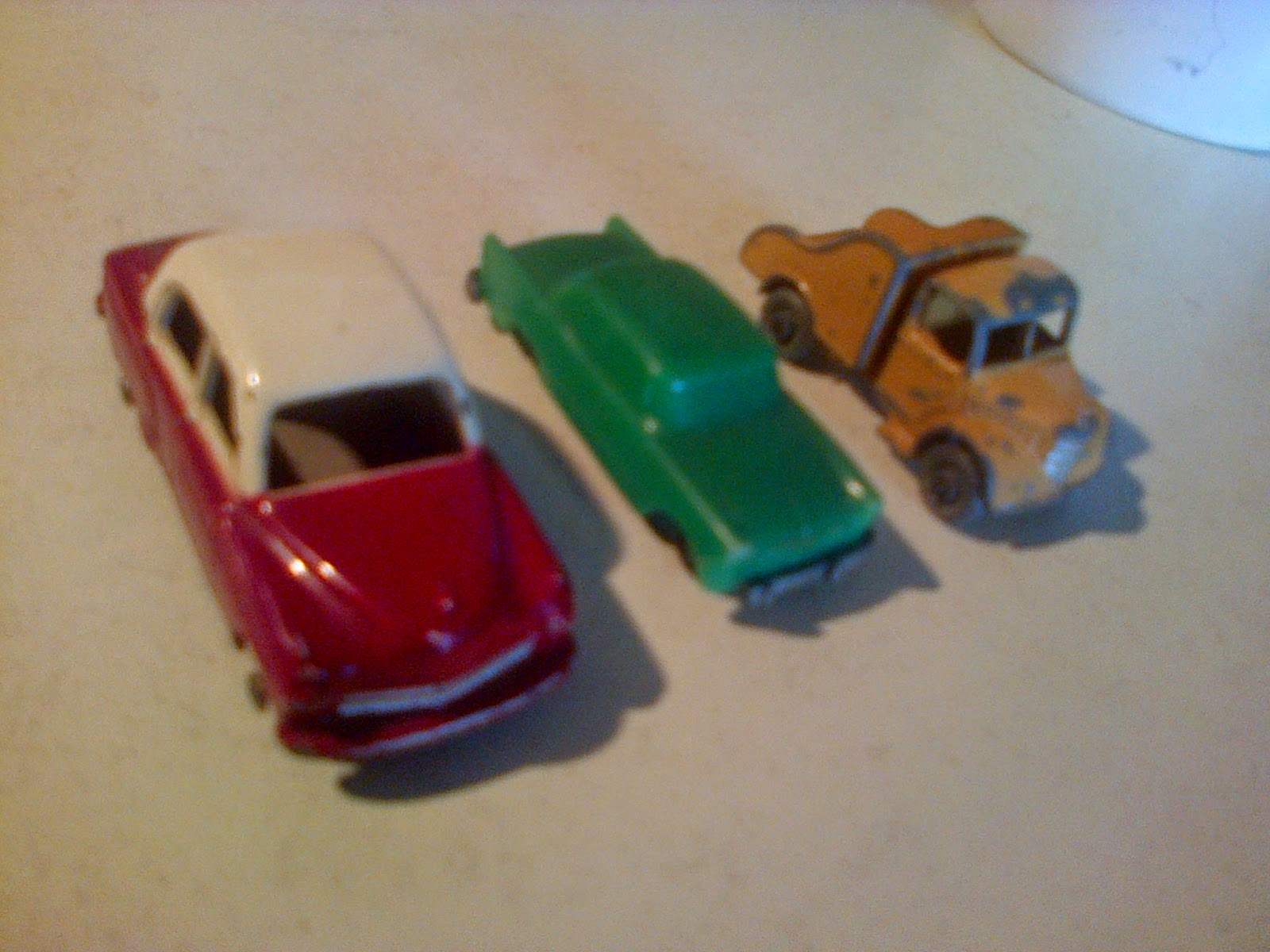 In the middle, the green plastic car is HO scale ie 1/87 - the scale of my model railway.

That suggests to me that the red and white car is nearer 1/64 scale ie far too big for the layout. But the little truck looks to be about the right scale. Although it is probably a Bedford ie a British marque, it has a French 'look' to me so I'll use it somewhere on the layout.