After much sticking, trimming and filling in joints, I installed the 3rd of the 8 windows in the church's dome.

Here is the church with the original windows which, on reflection (too much damned reflection in fact), I deemed inadequate. 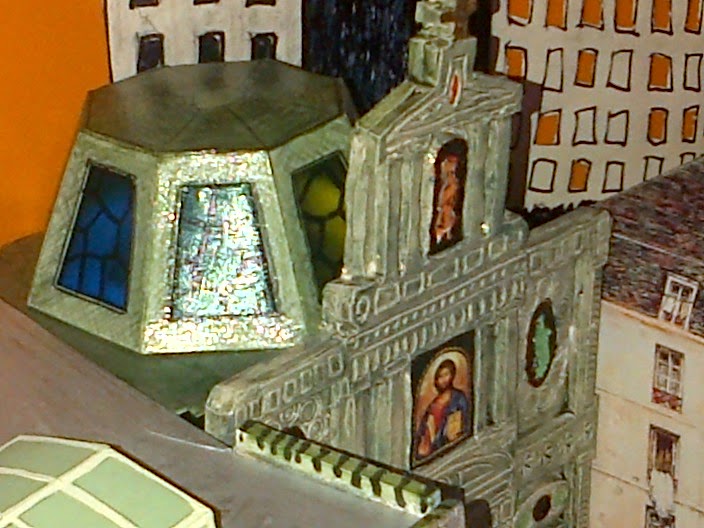 And the latest incarnation with three windows in position.

The glue that was used to laminate the coloured acetate quadrants has, as a result of the passage of time and some micro-waving (see earlier blogs), finally dried transparent and has given a fetching wrinkled texture to the panels - quite stained-glass like, in my opinion.

More Optimo, I'm afraid. But these 2 hour long Optimo podcasts from Rinse FM  are so full of variety that you can easily listen to them on their own for weeks on end (which, of course, I have been doing). 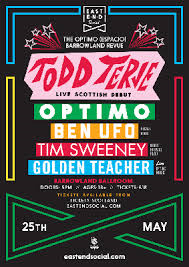 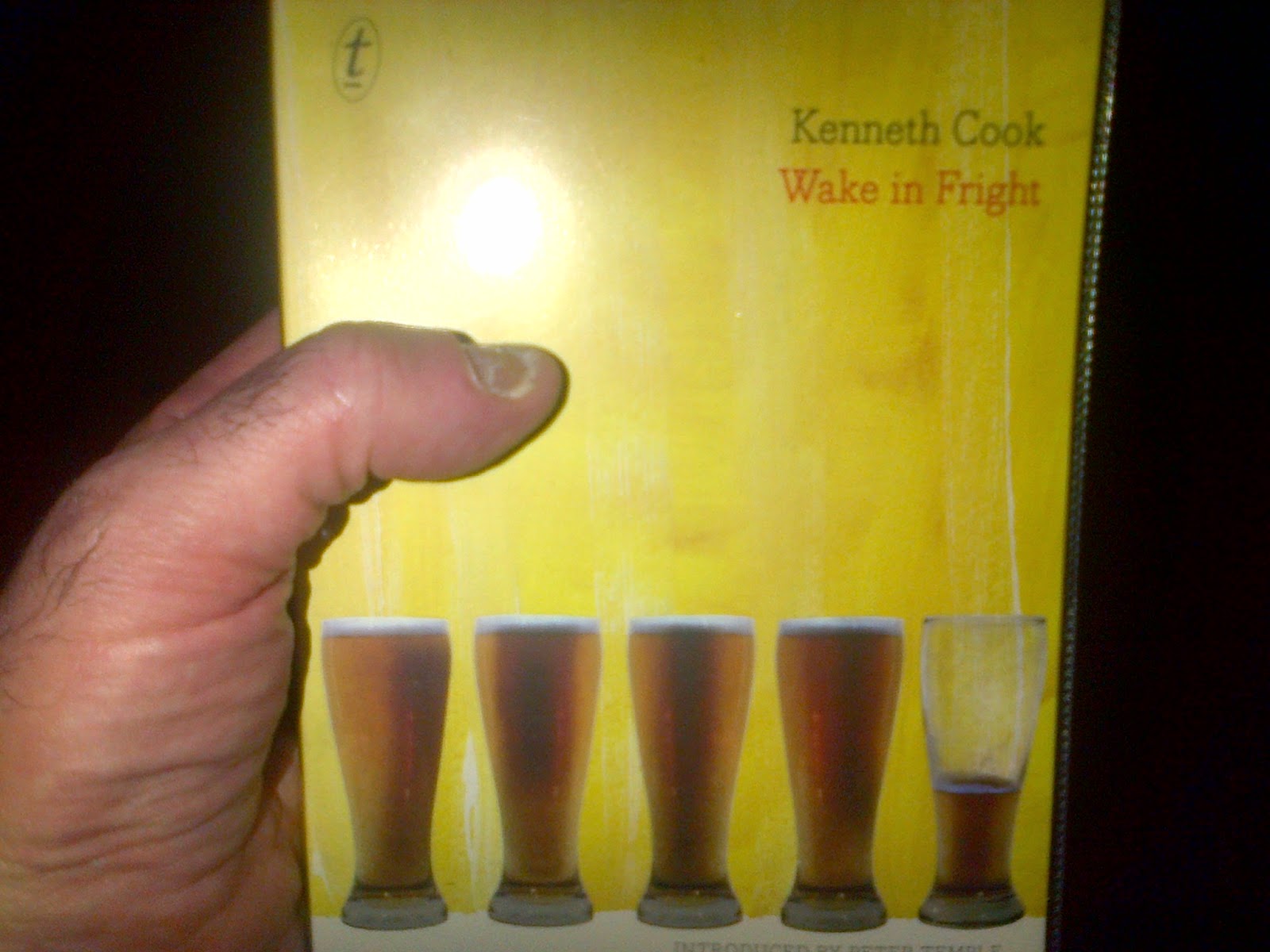 This is heap powerful stuff. Leaves you shaking as you read each page.

1pm on the dot and our second gig as the Samba band (Samba Karamba) took place under the portico of the Gallery of Modern Art in Glasgow.

Considering we are all utterly mediocre and inexperienced with a capital "I", I'm amazed that we had the nerve to have even contemplated such an act of public disorder.

Maybe that's the problem: we didn't contemplate it, we just agreed to do it.

Anyway, half the band didn't turn up.

The conductor went to the wrong venue.

And it was raining.

So that left a quintet.

I didn't have a scintilla of nervousness and we performed three pieces to the overwhelming indifference of that portion of the populace of Glasgow who happened to be in that part of town at 1pm.

A couple of kids did take films of us on their iPads.

It was actually pretty good. We all really enjoyed it and the Gallery invited us back and treated us like VIPs.
Posted by Tony Morris at 16:30