One of the difficulties with electo-frog points is that the polarity switching device mentioned in yesterday's blog has to be fitted in conjunction with a motor that actually operates the points ie changes the direction that the train will take when crossing over them. 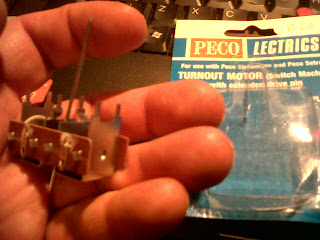 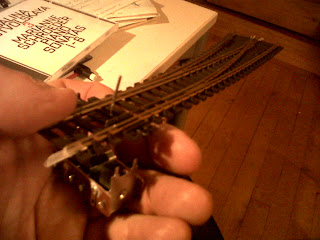 The motor has to be housed underneath the baseboard. A long pin protrudes from the motor through a slot in the baseboard. When activated, the motor moves the pin either to left or right. The  pin then passes through a tiny hole in a cross-member which when moved to the left or the right changes the points. 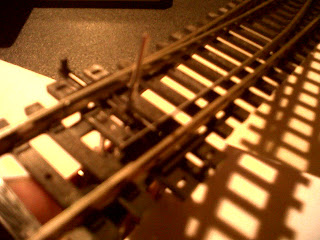 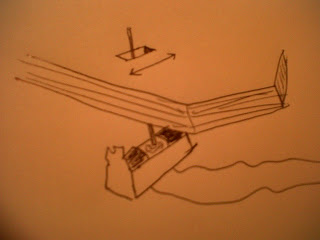 Obviously one has to cut the pin so that it doesn't foul any undercarriages. That will be a challenge.

But, the bigger challenge will be cutting the slot in the base board so that it is right underneath the relevant part of the points for the pin to pass through the aforementioned tiny hole.

At some point I will have to face up to laying the track in its definitive location so that these slots can be cut.

If you like your piano sonatas on the violent and terrifying side, then this is the girl for you. 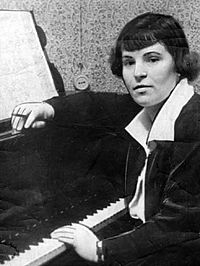 A Russian, composing in the first half of the 20th Century, her sonatas are described by Alex Ross writing in the sleeve notes as follows:

"What is most astonishing about these works is how brute dissonance becomes nobly and intensely expressive, like rough-cut stone metamorphosed into shining marble pillars." 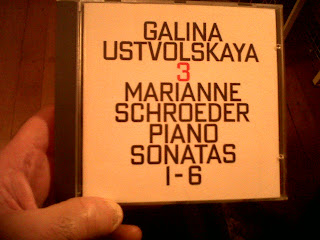