Standing on the platform of my local (Scottish) station the other day, I took time to look at the tracks to see how the ballast was laid out. I should have taken a photo with my phone.

Instead here is a simple diagram, clearly illustrating the fact that the ballast often spills over the sleepers. Quite a few youTube videos which show one how to ballast HO scale track go to a lot of trouble to make sure that the ballast lies neatly in between the sleepers, usually by endlessly running a brush up and down the track. 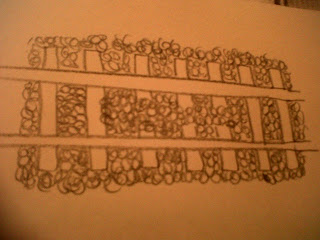 Also, although the sides of the metal rails are a filthy brown colour (presumably rust) the top surfaces are incredibly shiny and silvery - almost chromium.

As a live performer, I don't think anyone has ever bettered him.

I bought this album in 1979 which contains a  more melodic and reflective collection of songs than one might have expected from someone with such a reputation for raucousness. 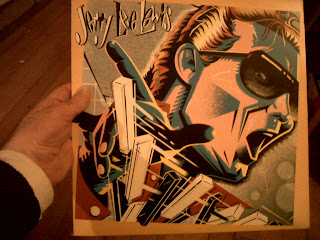 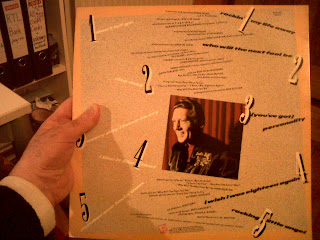