How does one work out how big an HO scale building, its doors, windows, storeys etc should be.

I've scoured the internet for advice on this subject and there are no easy answers.

Fortunately, as I've made plain in previous blogs, this layout will not be hung up on scale. Nevertheless, one cannot have a building with a doorway twenty-five times taller than a little plastic commuter making his way home to catch his HO scale train. Nor vice versa. We don't want things to look like a film-set for Gulliver's Travels.

What is crucial is that the diorama looks consistently to scale to the observer: buildings with people; people with cars; cars with trains and so on.

The rough and ready method I have chosen is to look through the Faller catalogue of ready-made HO scale buildings and adopt their dimensions. Fortunately, these are given beneath each picture of a building. So, this 4-storey building plus roof is part of Faller's French range and is given as 205mm in height. 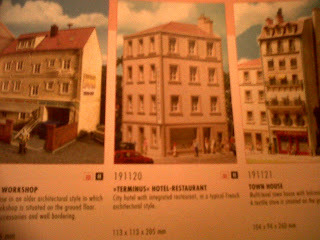 Therefore, I have concluded that this 4 storey building in La Rochelle should be the same height and I printed off a copy of it adjusted to approx 20cm in height, 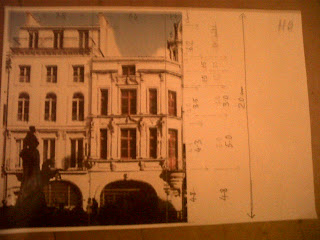 I've drawn in guidelines to give me some idea of the relative heights for the individual storeys and their constituent features. I'll take it to my ceramics class tomorrow night and hope to make a facade from it.
************************************************************************************
Anton Bruckner
One of my favourite symphonists. He composed 9 (or possibly 10) symphonies and critics accuse him of having re-written the same symphony 10 times. There is some truth in this comment, but I prefer to perceive them as 10 different versions of the same gargantuan aural masterpiece.
Bruckner had the weakness, as an artist, of re-writing his works as a result of comments by his friends. Therefore, there is more than one score for many of his works. This tendency has been  seen as a weakness; a lack of conviction. 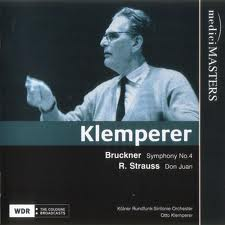 As I say, they are gargantuan pieces: the Romantic 4th weighs in at 60 minutes.

Many years ago in a radio interview Indira Gandhi explained her atheism by saying that she did not like to depend on anything other than her self. She did not feel the need for a God to appeal to in times of trouble.

I'm not at all like that, but respect and to a certain extent envy those who take the view of the late Prime Minister of India.

Perhaps that is why one of my favourite Collects (prayers) from the Book of Common prayer is this:

"Almighty God,
Who seest that we have no power of ourselves to help ourselves,
Keep us both outwardly in our bodies and inwardly in our selves,
That we may be defended from all adversities which may happen to the body,
And from all evil thoughts which may assault and hurt the soul.
Through Jesus Christ, our Lord. Amen."