My wife has made a very good suggestion. Instead of the backgound to the layout being made from a chain of ceramic tiles, a tapestry could be strung out instead. The 3D buildings around the station precincts could still be ceramic - thus justifying the fee for the evening class in ceramics. 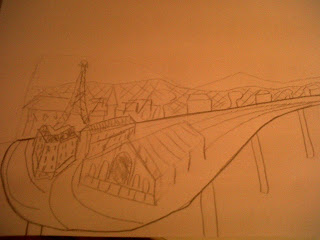 One aesthetic advantage of this would be that the tapestry, being less vivid than the ceramic pieces, would seem to be in the distance. Here are some examples from the internet - mainly in long-stitch. 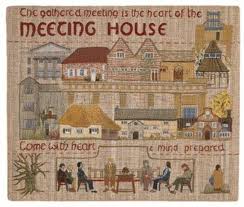 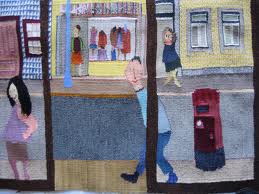 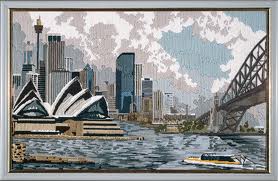 In 1995  at the Usher Hall in Edinburgh there was the most astounding performance by the North German Radio Orchestra of Bruckner's 8th Symphony.

There were many minutes at the beginning when the audience began to suspect that something was very wrong, because the conductor failed to appear when expected.

In the end, this very frail gentleman tottered towards the podium. He looked as if he would never reach the podium let alone mount it.

But, by jove did he master the forces of that orchestra. Hardly moving, he controlled his musicians  using only little movements of his wrist - utterly mesmerising.

He reminded me of an extremely aged Mr Burns in the Simpsons.

At that point he was 83 years old. He died in 2002 at the age of 90. I will never forget that example of force of personality manifesting itself through just skin and bones. 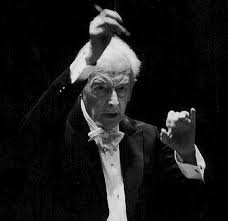