This is a rather deceptive heading for a blog episode. The word "skrillex" sounds like some sort of particulate substance that one might scatter over one's layout to simulate ballast, or gravel or grass or some such.

In fact it is the name of an American musician. See below.

No time today to do anything on railway layout. However, I have been thinking a lot about a possible solution to the snap connector/wiring problem that has been exercising me these last several weeks. Will report on that over next few days.

In the mean time here are some pictures of other peoples layouts - for inspiration. 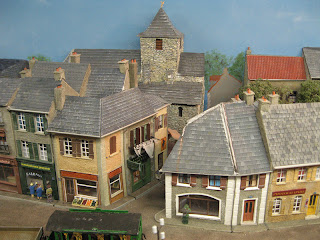 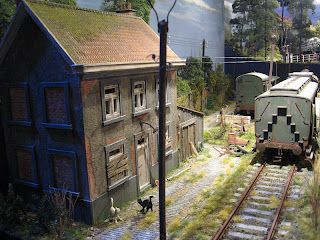 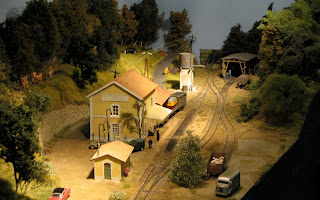 Here is a very impressive use of a 2D backdrop which fits in effortlessly with the actual 3D diorama. 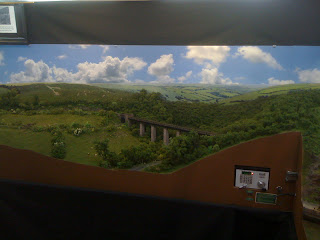 The hobby is very much a male preserve, I suspect. Perhaps most hobbies are like that. Here are some male modellers in typical pose. 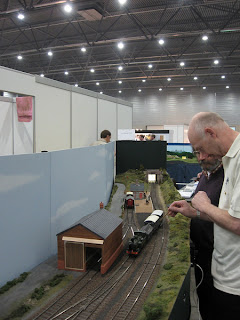 I try to keep up with trends in popular music. Not always easy when much of it develops in clubs where attendance is verboten to the likes of me.

I was aware of dubstep but hadn't really been grabbed by it. However, the BBC has recently been highlighting an American exponent called Skrillex. Downloaded a couple of tracks and liked them. Then I read that he is a controversial figure in so far as though he has thousands of fans, the critics think he produces a load of derivative tosh.

Decided to ignore the critics and downloaded an entire album. Having played it twice I think perhaps the critics are right! Oh dear, another £7.99 down the iTunes drain. 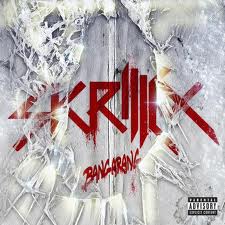 Will continue to persevere with dubstep, I have implicit faith in every generation coming up with music that is as worthwhile as that produced by any previous generation.
Posted by Tony Morris at 17:58