At last, the track has been laid out in what I'm sure will be its final position. In fact, there is an extension to be added eventually, namely, the section which takes the two tracks away from the station and across France. 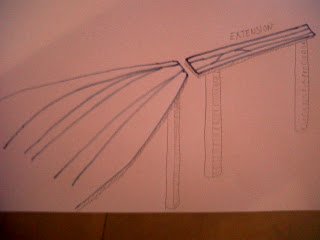 The necessity for determining the final position of the track is so that one can ascertain where the wires bringing power to the track are to be located. The next step will be to drill holes through the baseboard where these wires will emerge from the spaghetti junction beneath the board. Also, there will be larger, slot-shaped holes to be made beneath the points where the motors will be housed that change the points' setting. 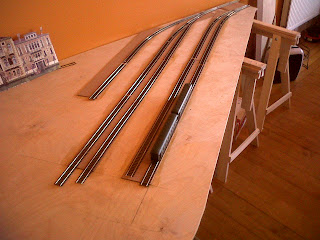 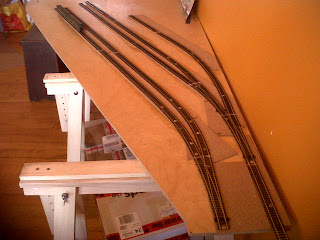 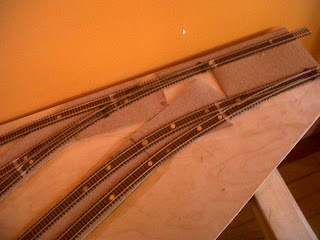 And for those who read yesterday's blog, you will notice that the endpoints of the two tracks are very much more than 7cm apart!

He composed and performed very sensitive ballads as well as his raucous stuff,  eg

"Her eyes are a blue million miles." from the Spotlight Kid. 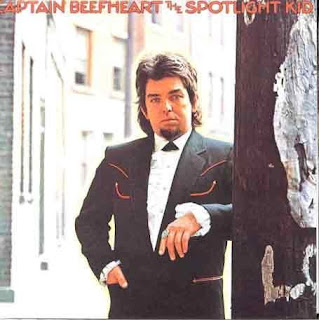 One such was Sister Veronica Blount who after pondering the irritation of weeds in her garden and her  desire to remove them concluded by saying that she wondered if she herself  might be a weed in somebody's garden.

A new book's out, already a best-seller, called "What every woman wants." So, I went to my local bookshop to see if they had any left. I wanted to check if they'd spelled my name right.
Posted by Tony Morris at 12:24