The layout for this HO scale French Model railway in terms of track and electrical supply was 90% completed some months ago.

But, for various reasons, over the last several months, the emphasis moved to making the associated buildings.

Now I want to turn my efforts to completing that last 10% of the wiring and also to the installation of infrastructure that will allow street lamps and platform lamps etc to function.

The main impediment to doing any of this is the clutter that exists both on top of the baseboard and (hugely) underneath the board. Both of these must be attended to. This means that stuff will have to be thrown out (ruthlessly) or moved somewhere else (thus cluttering up that yet to be identified other place instead).

Hombre Lobo: 12 Songs of Desire is the seventh studio album by American rock band Eels, released on June 2, 2009. Hombre Lobo is Spanish for "werewolf."  The cover art is a tribute to the famous Cuban cigar brand Cohiba 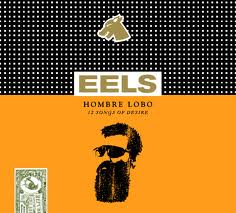 The album includes the lovely song: "That Look You Gave That Guy.......I want to see looking right at me."

It's not often one receives  a lecture about the artist Leger when one visits the fishmonger, but that's what happened this morning when I was at Fantoosh, Great Western Road, Glasgow. And, it was an illustrated lecture, at that! Really made me think.

Managed the full 30 minutes this morning without any difficulty but, equally, without any pleasure or sense of achievement. The set alarm quite surprised me.

(Actually, I can't see how meditation can be a path to the truth. If that was the case then all devotees to the practice would arrive at the same truth. I'm fairly certain that is not the case.)

For example, if one considers it true that all men are equal but one does not actually feel this to be the case nor ever acts upon it in one's dealings with one's fellow men then perhaps meditation can lead to a change of heart.

The American pragmatist C S Peirce said, somewhere, that a man who does not act on his beliefs does not believe. I've oft pondered the truth of that statement.

Perhaps meditation can shift that balance so that one does act on them.