Last night continued with the two remaining buildings still on the chocks.

Yes, I know it's red, but next week this very expensive paint will emerge a brilliant Gold from the kiln 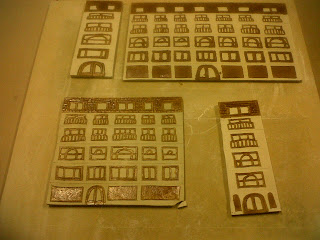 The windows etc were picked out in several coats of Shellac. This took a long time and classmates kept looking over my shoulder and saying things like "Tony, you must have the patience of a Saint."

But, I know that I do not have much patience. This task was mindless and I like sitting down at a table doing mindless tasks. At home I would have listened to music: in a classroom I was happy just to listen to all the chit-chat of my classmates.

I could have been sitting in an asylum doing an hour of basket weaving or in a prison sewing mailbags..

Patience is required only when you are doing an unpleasant or difficult task. Clearly the rest of the class view what I do as being at the least unpleasant - and probably pointless.

After 10 minutes felt a differential emerging in how the air felt as it passed through my nostrils: sometimes left nostril only, sometimes right nostril only.

It will require practice.

Saw the French film "Untouchable" at the cinema this morning: special price of £3 for oldies like myself.

The cinema was packed: 75% had either a limp or a walking stick or both.

2) There is no way an urban black Parisien would want to listen to Earth, Wind and Fire or Kool and the Gang. That must have been the musical taste of the Director.

Despite those reservations, it was one of the most enjoyable cinematic experiences I've had for ages. The script was good; the acting outstanding; the cinematography stunning. It was very, very funny at times.

Best of all, was the way the film handled the issue of "Pity". That moved me greatly.

Tchaikovsky's Piano Trio in A minor 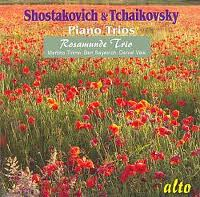