1) The blackened row of tenements is finished, had its final firing and is ready to be taken home - wrapped up in a massive roll of bubble-wrap to brave being carried through a cold Glasgow night. 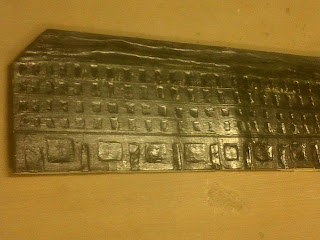 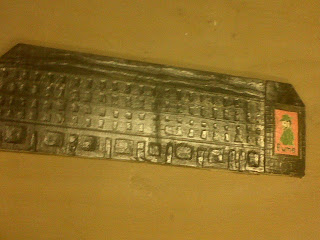 2) The facade of St Paul-St Louis with its glaze of "Evening Shadow" has returned from its first firing and looks exactly as I'd hoped. 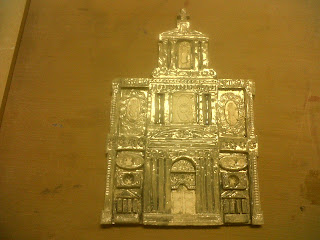 Interestingly, one classmate said it reminded her of the temple at Petra; in fact, a picture of a ceramic model of the latter which I'd found on the web ages ago was indeed an inspiration for the way I tackled St Paul-St Louis.

The next step was to add glazes to the door and sundry stained glass windows. Did this in a bit of a hurry with any colours that I could quickly lay my hands on. 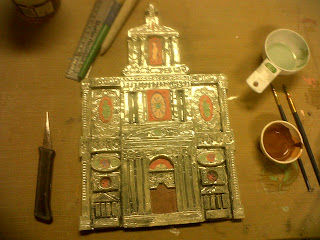 3) Spent much of the evening etching out the window frames etc on a new building. 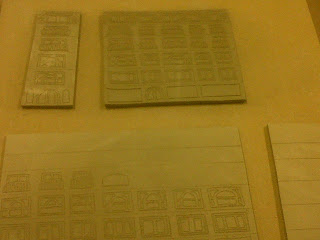 Because some of the clay had dried too much, it had to be softened up with a few bursts from a water spray before the etching could continue. 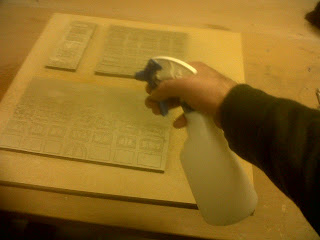 The next step was to paint parts of the clay with shellac. Next week I'll use a wet sponge or wet brush and wash away a millimetre or so of thickness of clay. The shellacked areas will resist the water and, hopefully, stand proud. Only managed to shellac two of the walls this week. 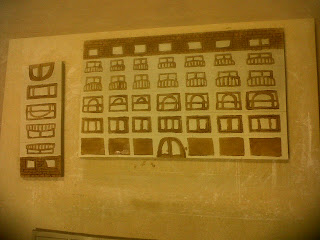 A variety of Chopin Nocturnes. 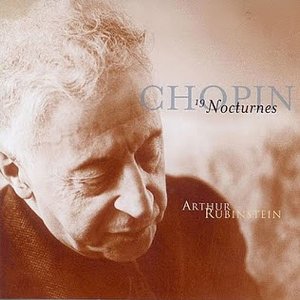 I've mentioned several times before how much I loathe Baroque music.

At the moment, Radio 3 are bombarding their listeners with what they call a Baroque Spring. On their Breakfast show this morning an anonymous listener texted in to say that if they never heard Baroque again it would be too soon.

I emailed the show moments later, not anonymously, expressing the same view. My killer line was that I associated Baroque music with Classic FM. 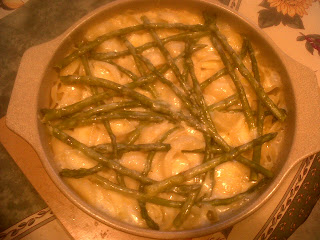 Didn't find time to do any meditation yesterday. I'm disappointed in myself.

Today I did the full 30 minutes in a reasonably proficient cross-legged position.

Nothing much happened and I didn't feel like chanting anything or focusing on anything. The half hour didn't drag but I was relieved when the alarm went for its end.

One thought that did occur to me (and indeed has occurred to me before) was this: Jesus said somewhere that if we ask, then it will be given. I've always presumed that he meant one would immediately be granted a sincere request.

So, since I want sincerely to become a better Christian and want the Holy Spirit to enter into my being, why do I have to muck around doing 30 minutes of meditation each day in order to attain these things. If I'm sincerely asking Jesus to make me a better Christian and to fill me with the Holy Spirit then why doesn't he immediately grant these requests - just like that!

Maybe I'm not being sincere!!!!! Perhaps meditation is a route to sincerity!