Self-adhesive cable clips as a symbol for Christian living.

In earlier blogs I mentioned my high hopes for self-adhesive cable clips as a method for tidying up wires and cables underneath the railway baseboard. 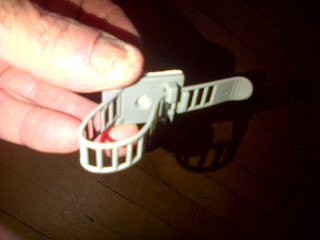 And, initially, everything seemed to go well: they were easy to install and tidied up the wires. 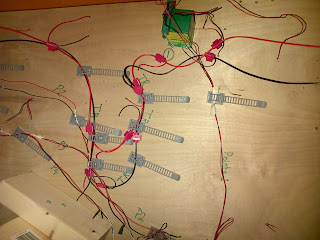 But after a few days, some of the clips began to come loose from the board. 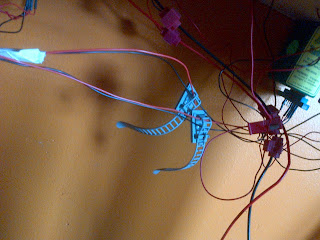 And some two weeks later, the view under the board yesterday was this: 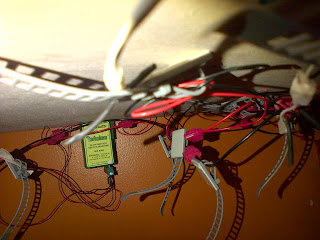 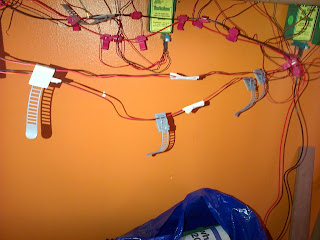 So, after a couple of weeks (max) hardly one cable clip has held its position.

This kind of happening totally depresses me. A possible solution is to put a dab of glue onto the (so called) self-adhesive pad of each clip.

After some wonderful and inspiring dreams last night, I woke this morning with a new attitude. I'll make a list of all the tasks that I'm aware need doing and work through them one by one - perhaps one a day!

1. Apply extra glue to all the loosened self-adhesive cable clips.

2. Tidy up the remaining cables and wires with these clips but this time apply supplementary glue from the start.

3. Install under the baseboard the cable and wires for the platform lighting - but do not yet connect to the lights themselves.

4. Determine where the street lighting is to go for the rest of the diorama and drill holes through baseboard to accommodate their feeder wires. This will be quite a cognitive task rather than a DIY task.

5. Design, manufacture and install roofs and chimneys for two of the ceramic buildings. Clearly this task can be broken down into sub-tasks.

He lets each day evolve. There may be a few pre-planned events eg a doctor's appointment, a concert, a game of squash, but the rest of the day is allowed to evolve.

There is something about that approach which frightens me: the fear of accomplishing nothing; the fear of frittering away time on activities that don't lead anywhere;

But, to get back to the matter of the loosened cable clips, why, in order to rectify that situation, do I need to devise a list, which after all is no more than writing down in words: "1. Add glue to cable clips."

Why didn't I simply wake up this morning and let the day evolve; and if  the day's evolution found me crouched under the baseboard applying glue to cable clips then so be it! 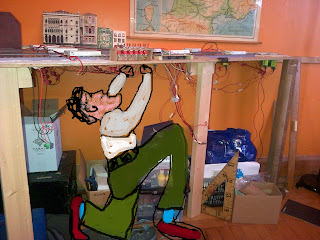 More importantly, if the day's evolution DID NOT find me crouched under the baseboard applying glue to cable clips then, ALSO, so be it!

Actually, on reflection, I think I'm going to abandon the list before it starts. The true meaning of  needing a list is this,"Tony, you don't really want to glue these clips!"

Over the last 6 months or so I've been moving towards a philosophy of only doing what I want to do. Not in a nasty selfish way but so as to be in tune with the Christian dictum that "God loves a cheerful giver."

I'm afraid those clips will have to dangle until I feel like fixing them! 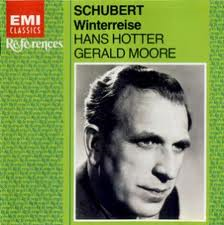 I enjoy this song cycle more each time I listen to it. I can report that today I've  reached new heights of listening pleasure.

A jar of pre-cooked Cassoulet with kale. 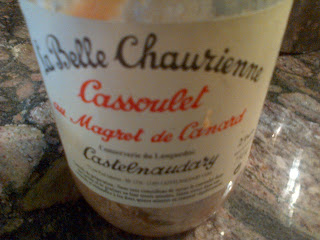 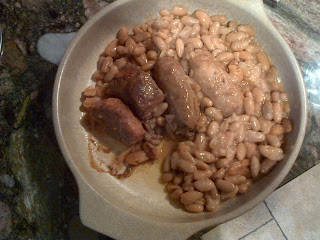 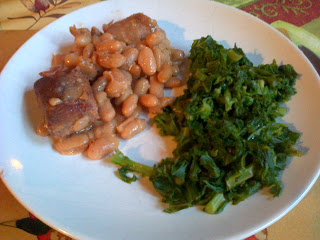 Cassoulet is very similar to: 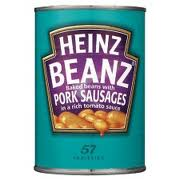