After the sad death of its Editor/Secretary, Andy Hart, publication of the SNCF Society magazine has resumed with the March 2013 issue. 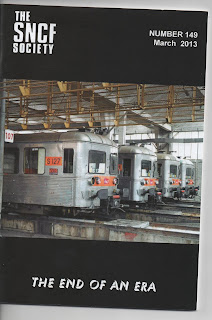 This refers to the final withdrawal from service of the Petits Gris (see cover above) after 47 years of service running from Gare du Nord to the northern suburbs of Paris. These trains were  built under licence from the American Budd company. Like their American counterparts we tourists and visitors to France got used to seeing them being covered from head to foot with graffiti. 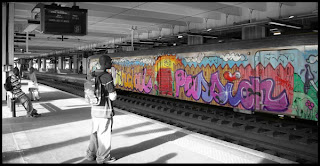 They came into service in the mid-60s which is a few years later than the era my layout purports to depict. But, I am tempted to stretch the definition and acquire a model.

Interestingly, it is not the end of the road for these metallic workhorses. A couple have been restored for posterity, but the rest, unbelievably, are on their way to Romania to begin a new working life there!

2) Last year I sought to acquire an HO scale model of the French steam locomotive 232 R - but failed to find one. In this months edition of the SNCF Society magazine there is an article about the train artist, Chis Ludlow. One of his paintings forms the centre spread and is of the 232R leaving the Gare du Nord. 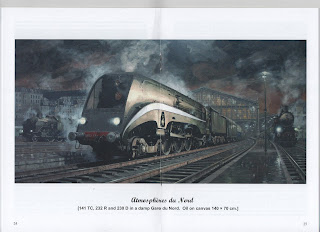 This has rekindled my determination to get such a model - perhaps a 3D printer could make one!

Radio 3 Breakfast with Clemency Burton-Hill on iPlayer. I like this compere. 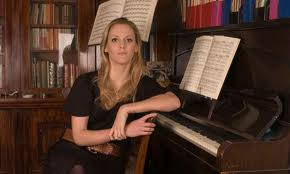 Once again, I forgot to take a photograph of the meal itself, but it was a chicken curry at this Byres Road restaurant - which is extremely tiny inside. 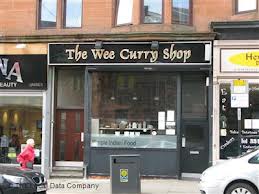 
This past week's daily cost per head stats are as follows:

This book has now elevated itself above a mere brilliant portrayal of manners to a real challenge to my own approach to life - very thought provoking.

I can compare it with "Seize the Day" by Saul Bellow which I recently read and found brilliant in a different way:  mesmerising and very painful. 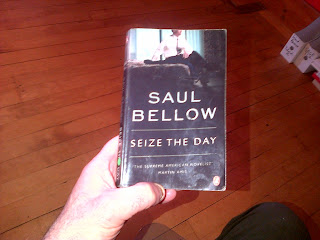 But brilliant as "Seize the Day" was in portraying the plight of a man with whom I could entirely empathise, it didn't make me think. It was just that, a portrait; admittedly, a white-hot portrait, and one that I was torn between, on the one hand, not wanting to put down and never wanting to finish and, on the other hand, finding unbearably painful as I watched the hero wriggling and self-abasing himself.