Too tired and busy to make the practice-obelisk from the self-setting clay.

Instead, I found the dimensions, well at least I found the height. It's 23m tall including the base which in HO scale means divide by 87 and the result is 26.5cm tall.

An examination of some photographs and a ruler pressed up against the laptop screen suggested that each side of the base would be 5.5cm wide and 7.5cm high. 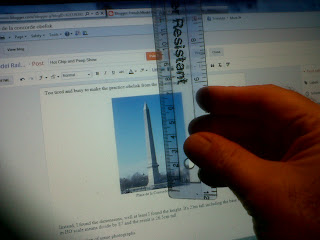 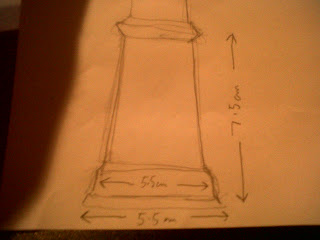 So, tomorrow night, I'll take into the ceramics class the primitive diagram and some photographs showing the hieroglyphics on the base of the obelisk and  all the way up its length to the golden top. 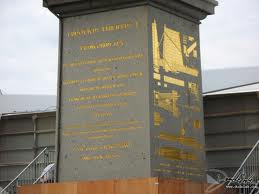 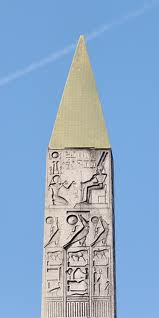 Now in its 8th series, I have to say that I think that the basic idea of this comedy has run its course. However, last night's episode was hilarious particularly the scene at the 30th birthday party where folk split into pairs and had to guess which pop group their partner had written on a card.

I'm not going to explain the characters but suffice to say that Mark, the young fogey who knows nothing about popular culture, could not guess, "Hot Chip". The nearest he got after a barrage of clues from his increasingly frustrated partner was "Hot potatoes?" then, in desperation,  "Boiling potatoes?".

A very funny scene which ended with Mark saying, "Actually, I thought it might have been Hot Chips." 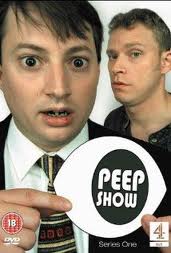