As soon as I clapped eyes on the black streamlined version of the 232 locomotive, especially, the JEP HO scale model version, I felt that I had seen it somewhere before.

Now I know where that was. 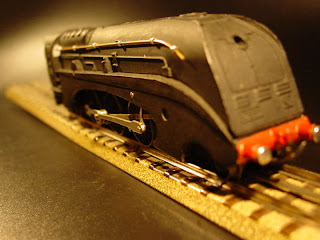 My Michelin foot pump which lurks under the coat stand in the hall. 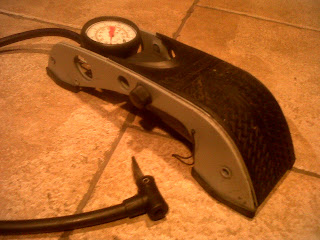 It is a Michelin foot pump, after all. 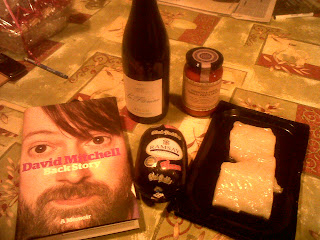 Background music provided by my iPod, in its Bose dock, set to random. Mixed the tomato sauce with the black pudding and served the haddock on top. Very successful.

This is a very funny and perceptive book.

On p39 his thoughts about meritocracies:

"The  problem is that a proper meritocracy would be heartless place. In such a society, those at the bottom of the heap not only have to cope with poverty, boring jobs or no jobs, they are also denied the solace of considering it unfair.

I have 19 and a half days' of recordings stored in my iTunes library and today I sorted them by duration - shortest first.

My thinking was that I wanted a random element to my listening but didn't want any individual item to last too long. So iTunes on my laptop began to work its way through the 19 and half days, track by track. 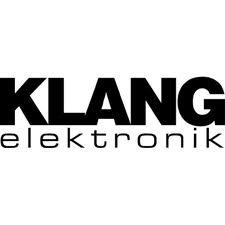 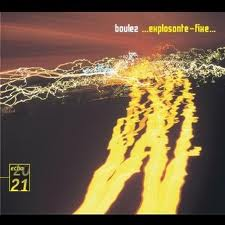 I have over 100 tracks that each last less than 60 seconds.

If ever I'm hospitalised in an apparently vegetative state I would like earphones to be strapped to my head and the 19 and half days of music left to play itself out in that order: from Bob to Boulez. Seriously.