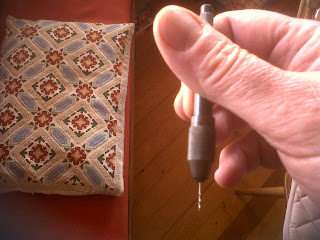 One uses this tool to drill teeny-weeny holes through the plastic sleepers of the track in preparation for the small track pins to be hammered into position, thus securing the track.

One turns the drill by hand and believe it or not it is easy to use and works. 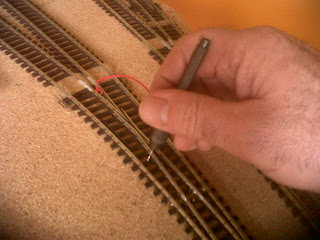 As a committed Christian, I am all too aware of my failure to bear witness to the gospel in my everyday life - I too often avoid the issue.

Not only that, but like most people I know, I dread the evening call at the front-door of the missionary - Mormon, 7th Day Adventist, Christian Evangelist or whoever.

Just imagine then how annoyed those 19th Century Africans must have been when the missionary arrived in the village and wanted to change everything - and not "just have 5 minutes of your time, please." 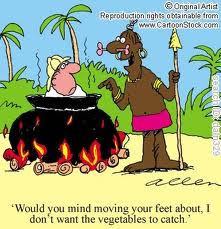 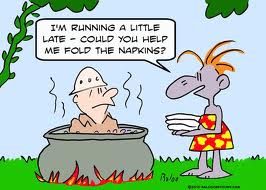 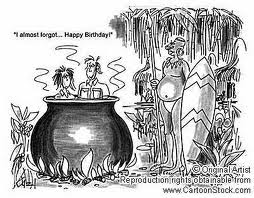 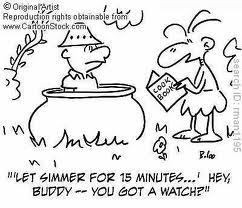 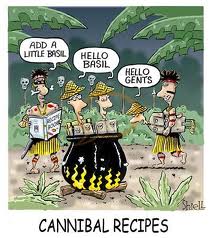 And of course, in almost all everyday situations, from the office to the sports changing room, from the restaurant to the family gathering, religious topics and concerns are avoided or glossed over with banter or chit-chat or discussions about the weather.

And yet, there are real people in all those situations and some of them sometimes want to talk about God and want to talk about him there and then. And, when one does (in my case, rarely) raise this taboo issue, it is surprising how readily people respond, keen to share their musings about the Almighty and his attendant mysteries.

I was reminded of all this when reading a chapter in "The Dream and the Grace" by James Aitken Whyte. He recounts the following incident on a London to Aberdeen train; and I will quote it verbatim.

"I settled into my seat at King's Cross, and just before we were due to leave a friendly West Indian voice came over the PA system. 'This is your conductor speakin'. This is the 1600 hrs train from King's Cross to Aberdeen, calling at ....' and he gave the list of stations, and I was reassured to hear my station's name called out. Then in the customary way he went through the whole announcement again, but this time he ended 'Montrose, Stonehaven, Portlethen and Aberdeen. And may the peace of the Lord Jesus Christ be with you all.' There was a slight pause, then he continued, as if in embarrassment, 'If you will allow me. May God bless you all.' The effect was quietly sensational. Everyone looked at the passenger sitting opposite, whom up till that point, in true British fashion, we had been carefully ignoring. Eyebrows were raised, smiles broke out, and the general reaction was one of pleased surprise. The barriers between us were removed. It was an unusual experience to start a railway journey with a blessing. For me it was as if the flat matter-of -factness of our journeyings had been crossed by another dimension. Just for a moment we were reminded of the mystery of God's presence and his peace in our lives."