Just a reminder - the ceramic facade is finished: 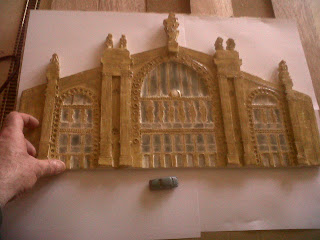 The next stage is to affix the facade to a stout cuboid to hold it in the upright position and then make some sort of canopy. 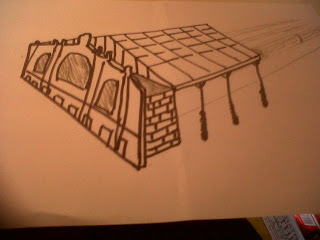 Originally, I had been thinking of using a sheet of clear acetate overlaid with brass rods to form the panels of glass.

I had also considered going round antique stores looking for an old fireguard that might have provided a suitable framework or some other grid-like artifact that could have been adapted to the cause.

More recently I've been thinking of making the canopy out of card and colouring in the glass panels.

Growing up, I was only aware of one Mel Torme song: "Comin' home, baby" which I quite liked. But Mel Torme and his like were really snuffed out by the Beatles etc.

However, last week, I caught a snippet of him performing on an American TV show from the 1950s and he really was a very smooth operator. Downloaded a few of his songs from iTunes.

He was also a multi-instrumentalist (including the drums) and wrote a novel in his later years. 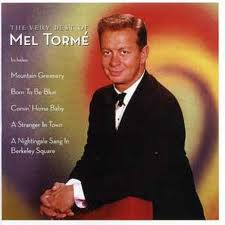