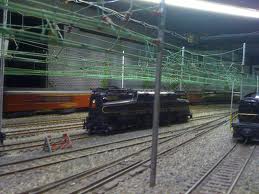 Haven't had time to do anything on railway layout today so thought I would float this issue of catenary wires.

Should I or should I not bother. Looking at the above picture makes me lean towards not bothering.

Here is what the stuff looks like in HO scale. 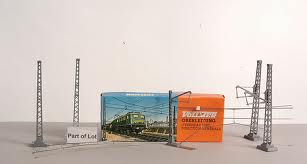 On the other hand, it really adds to the visual impact of a layout. 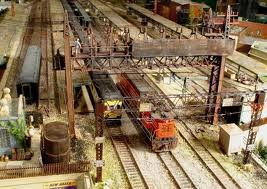 One of many European composers who moved to the USA for various reasons during the course of the 20th century.

Here is a picture of Bloch's house in Oregon. 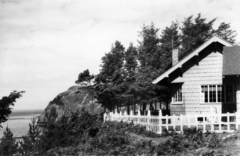 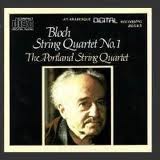 Bacon and poached eggs, washed down with tap water. 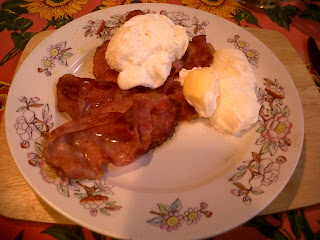 The bacon was fried in this olive oil that we got on offer in Sainsbury's this week. I remember buying it once before (some years ago) and the girl at the till picked it up and said, "I just love this stuff. I can drink it straight from the bottle." Or she might have said "could drink it ......."

Either way I left the supermarket wondering whether she actually did drink the oil straight from the bottle. 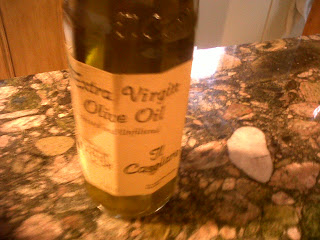