Continued to sort the wiring for the 4 sets of points and their associated switches. Note intelligent use of wiring diagram in handy position on the baseboard's underside - a bit of a first that!

No snap-lock connectors involved today, but, rather, lots of dabs with the soldering iron. 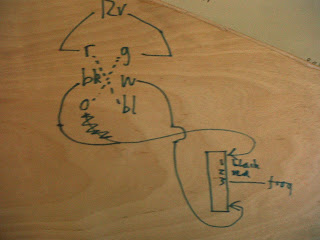 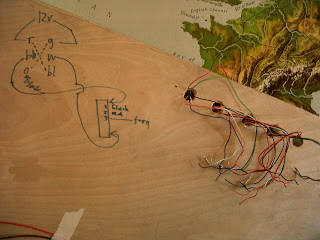 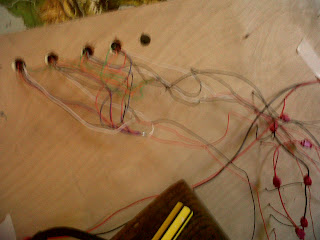 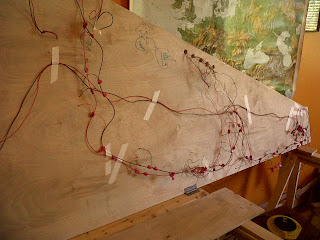 Not quite finished - but, thank-goodness, ran out of solder.

Another first: have made a list of things I need to get in order to move on: solder, crocodile clips and a few very large choc-blocks for some specific connecting where snap-lock connectors and soldering are unfeasible.

"I can't give back the love I feel for you"

A great song from Tamla Motown, 1968, which includes the great line:

"Here's the ring (pause)
which didn't mean a thing."

What I didn't realise until I looked up Wikipedia this morning was that this is the same person who was married to Stevie Wonder (for 18 months) and co-wrote "Signed, sealed and delivered" under the name of Syreeta.

But what really amazed me was her post-Tamla Motown life story. I always imagined that these 2nd division Tamla Motown singers would either end up dying young in some Detroit ghetto or live happily ever after as a member of their local Baptist Church.

But according to Wikipedia: "Wright briefly lived in Ethiopia in the mid-1970s where she worked as a transcendental meditation teacher.  She eventually settled in Los Angeles where she lived for the rest of her life. Born and raised a Baptist, she eventually converted to Islam following her third marriage."

OK, I was partly-right about the Baptist bit. 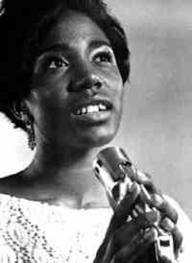