Went to College to collect a little tile that I had made some months ago as an exercise in using shellac. For various reasons, it got lost in the queue for the kiln and so only received its final firing yesterday.

Not a complete success, the final glaze is very patchy. This apparently can happen.

There seems to be a fair amount of uncertainty as to how glazes will emerge from the kiln both in terms of quality and, more surprisingly, in terms of final colour. 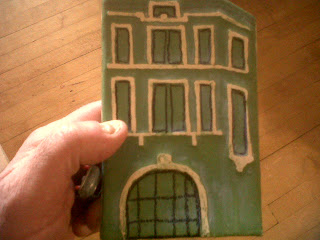 But, next to another tile it could serve a background scenic function. 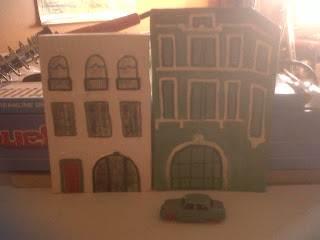 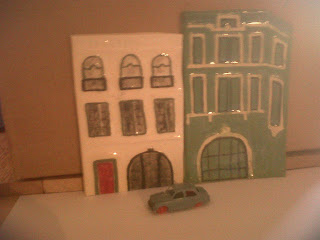 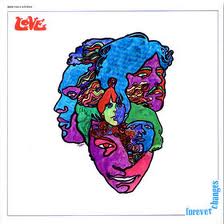 When I was a teenager in the 1960s,  a serious rival to the melodiousness of the Beatles was a Californian band by the name of  "Love". It was fronted by a chap called Arthur Lee who a) later on spent some time in prison, and b) was performing at King Tuts in Glasgow until a couple of years before his death in 2006.

If you are not familiar with this album from 1967 and you like melodic pop music then investigate it.