I almost certainly will not go down this route (pun) but Faller, the German toy manufacturer, sell a moving model car system. So, I could actually have cars travelling around my diorama. 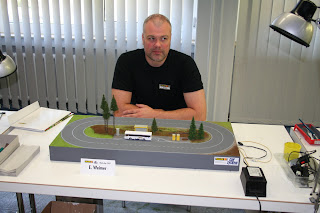 More pictures of the system in action. 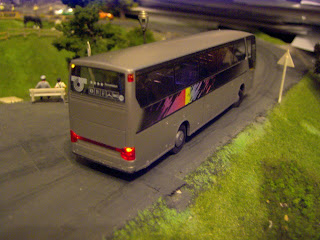 Not sure how the system works but the vehicles have motors within them powered by re-chargeable batteries.

Wanting to do the right thing.

Every man according as he purposeth in his heart, so let him give; not grudgingly, or of necessity: for God loveth a cheerful giver. King James version

Each man should give what he has decided in his heart to give, not reluctantly or under compulsion, for God loves a cheerful giver. New International version

In all translations of Paul's words, the final phrase is either God loves a cheerful giver or God loves a joyful giver.

So, to reprise yesterday's musings, I think there are many morally loaded situations in my life which can be analysed as follows:

1) I know what I should be doing in the situation.

2) I don't want to do it - it would be psychological agony - eg speaking to a lonely person with whom one has absolutely nothing in common.

It's on this point in the proceedings that my intercessionary prayers should be concentrated.

I should pray that I can do what I have to do with good grace - in other words, cheerfully.

Will have to pack it in at this point.

The open book is Tracey Emin's collection of articles for the Independent newspaper.

Very funny and full of good one liners eg on p67 "But even in death you can feel rejected."

I suppose one weakness with this kind of book is that the plethora of one liners aren't joined up or subsumed into a more meaningful system.

One of the great voices in pop music. 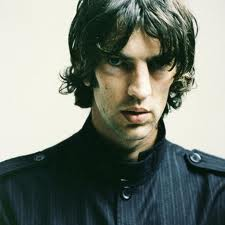 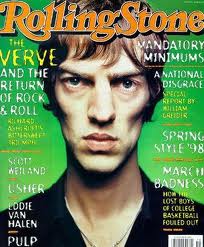