The rest of the work falls into two categories:

2. Installing DCC microchips in the rest of my locomotives.

After all, the layout is fully operational in terms of electrical supply and control of the sets of points.

I want to add an extension to the far end  of the layout at some point, but that really involves simply joining a couple of lengths of straight track. 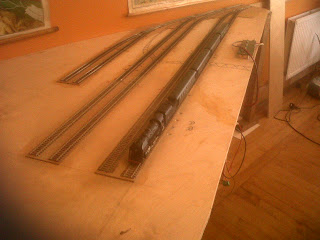 As for scenery, I enjoy making the buildings.

As for installing the microchips, I have done it once and so don't feel intimidated about doing it again. 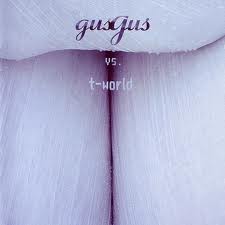 Released in 2000, every track is worthwhile. I must look into this Icelandic combo's more recent work.

My wife brought back from a visit to Pittenweem (east coast of Scotland) some fresh sea bass and some samphire - that kind of edible grass that grows on salt marshes.

I quote from Wikipedia:

"Marsh samphire ashes were used to make soap and glass (hence its other old English name, 'glasswort.') In the 14th century glassmakers located their workshops near regions where this plant grew, since it was so closely linked to their trade.

Samphires of all kinds have long been eaten in England. The leaves were gathered early in the year and pickled or eaten in salads with oil and vinegar. It is mentioned by Shakespeare in King Lear:

This refers to the dangers involved in collecting rock samphire on sea cliffs.

Marsh samphire  is being investigated as a potential biodiesel source that can be grown in coastal areas where conventional crops cannot be grown."


I augmented my fish and samphire with a poached egg. 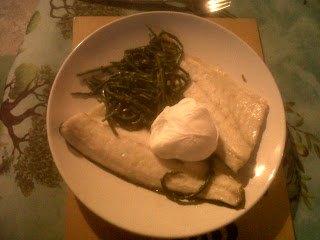 The photo below shows what a poached egg can contribute to almost any meal.. 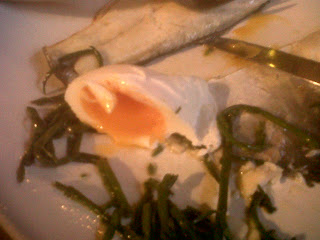