I was wondering if my platforms were too long. Perhaps if I shortened them then I would have more room for setting up various buildings for my diorama.

Set up the SNCF steam locomotive 141 R by Jouef and the 4 carriages that I have at the moment and which go with it from that era of the late 1950s.

Here is a selection of photographs. 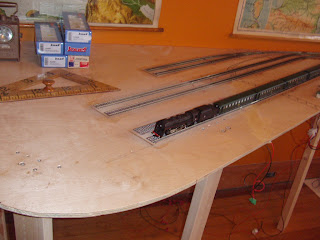 In fact, there is plenty of spare track behind the train. 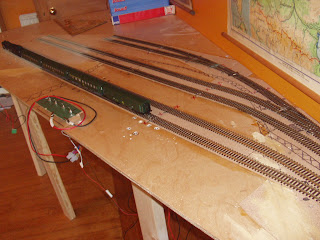 So, in theory the train could be pulled back and I could shorten  the tracks thus allowing me to pull back the station concourse and the facade further away from the edge of the baseboard.

Or, I could accept the status quo and simply buy another two carriages and lengthen the train.

6 carriages would actually be a much more realistic length for a train.

Here are some other photos that I took since I had gone to the trouble of taking the carriages and locomotive out of the boxes. 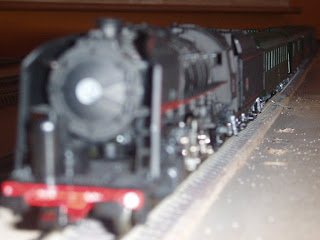 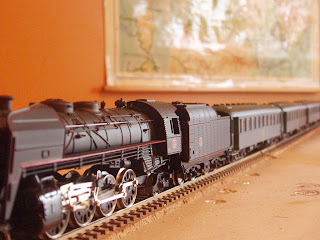 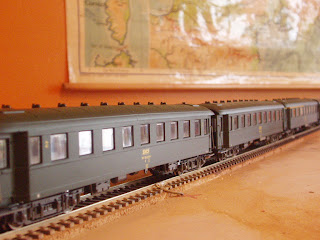 Rather annoyingly, I seem to have deleted the photo of last night's hake, stem broccoli and king prawns.

In preparation for next Monday's performance at the Edinburgh Festival I am listening as I write this to Bruckner's mammoth 9th Symphony played by the Royal Scottish National Orchestra under the baton of George Tintner.

Never heard of Tintner so looked him up on Wikipedia.

Tintner has been described as "one of the greatest living Bruckner conductors." He recorded a much-praised complete cycle of Bruckner symphonies for the Naxos CD label shortly before the end of his life (recording sessions: 1995-98).

In 1998, he was made a Member of the Order of Canada. On 2 October 1999, after a six-year struggle with cancer, he jumped to his death from the balcony of his 11th-storey Halifax apartment.

Must get hold of this biography. 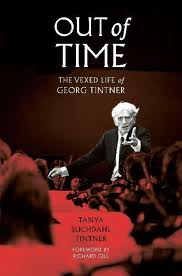 I wonder what was vexed about it.

PS Next Monday's performance will be on period instruments - I hope that is not going to diminish the experience.