A Waste of Time. 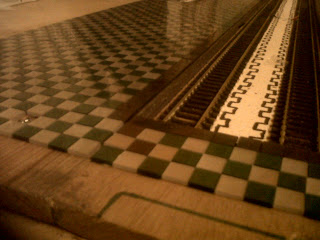 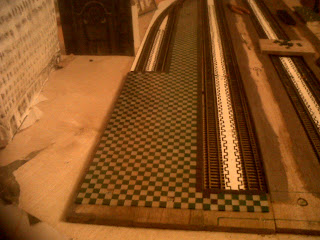 It's worming its way into my heart.

I can even spell Winterreise without checking now: 2 r's and 1 s.

Here is an assessment of Hotter that I found on the internet.

The legendary German baritone certainly was not blessed with the greatest voice of his time, but he may have displayed the endowment he was given to greater effect than any singer before or since.

On disc, no other singer—in any voice category—displays Hotter’s level of probing intelligence and deep insight. He was a magical artist and a profound interpreter, in a class by himself.

If firsthand accounts from the 1930s, 1940s and 1950s may be considered accurate, Hotter was an imposing if not riveting stage figure. What was described as an overwhelming stage presence helps to account for the fact that he was in constant demand by the finest theatres in Central Europe for almost three decades.

Hotter never achieved the acclaim in America to which he was naturally entitled, in large part because Rudolf Bing, General Manager of The Metropolitan Opera, seriously undervalued Hotter as an artist. Hotter only appeared at the Met for four seasons, and most often in roles unworthy of his great gifts."

I'm very sympathetic to this kind of review. The quality or fineness of any artistic creation is for me less important than the sincerity behind it.

And here is a picture of a youngish Hotter with composer Richard Strauss. 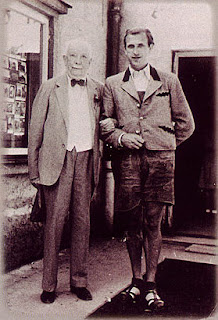 Have continued with attendance at daily Mass.

As I was sitting in what will probably become my regular pew; I looked up at the large crucifix which dominates the interior of the church. It was transplanted from the old church that this new one replaced.

We're all familiar with the portrait whose eyes seem to follow us around the room. Well, as I looked up at Christ's face, it was as if he was looking down directly at me, Tony Morris. I enjoyed a feeling of being singled out by Christ.

I forced myself to go to my Tango class last night and after a rocky start, I seemed to do quite well. Possibly a horrible illusion ie a delusion, but I seemed better able to combine doing the correct stepping action with the specified sequence of steps.

Today I asked a colleague how he had got on with a Sheriff court appearance yesterday - he was to have been an expert witness.

"It never went ahead. Postponed to next month," said he.

"Oh! What a waste of everybody's time," opined I.

"No such thing as a waste of time in my opinion, Tony," said he.

He then went on to expand on this viewpoint which he clearly held very strongly.

I was quite disappointed in myself for having come out with that cliche- ed response. It occurred to me that nothing was a waste of time. But more importantly, I realised that I had always held that view too but was expressing the contrary view because of a perceived social expectation to do so.

My colleague caught me out by refusing to cooperate with the cliche. Good on him. He went up in my estimation.