No time or energy to lay any more mosaic tiles so surfed the internet for images of French model railways.

Found a blog by a chap building a layout based on the Limousin area of France which he says he loves and thus wishes to model.

Therein were some images of some rough and ready card or perhaps paper model buildings which I really liked. 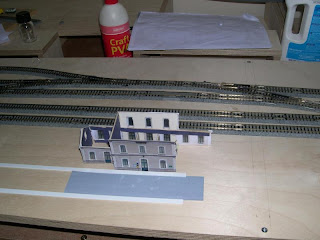 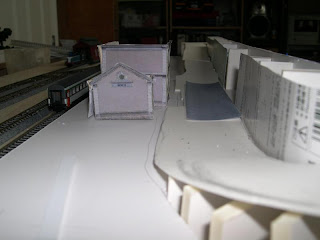 The following pictures are of station items made by a company called ABE. Unfortunately, they are kits and I don't have the patience to assemble kits any more.

The first one is a pissotiere or urinal which I think would really grace my layout. 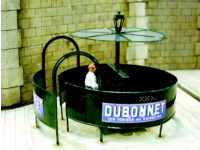 The second is an escalier for passing from one platform to another. 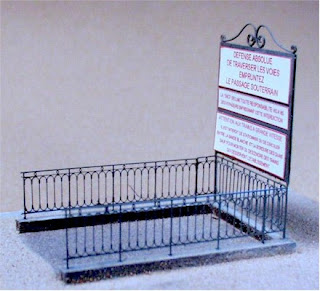 But, as I say, kits are out of the question. They have, though,  given me ideas for features that I could make from card or even clay.

Very disappointing compared with the same played by Daniel Barenboim.

And, because it was unusual to be having lunch at home, here's a photo.

For the umpteenth time have turned  to Sartre's Nausea. I don't think it's a great novel - perhaps that's a result of the translation - but it has brilliant passages describing the difference between the world as we see it and the world as it is.

This has been a recurring interest (almost passion) of mine since my late teens. 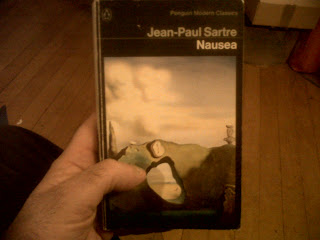