Was astonished yesterday morning to see a blackboard leaning against the window of the fishmonger's declaring that holders of a Bus Pass could get a 15% discount.

That's a whopping discount and so I bought two whole Dover soles.

When I double-checked with the chap behind the counter that the discount wasn't a joke of some kind, a fellow customer (also a bus pass holder) chirped up, "Aye, it's embarrassing; but let's face it, we are Scottish."

This reminded me of an incident on a train in France almost 50 years ago when my father queried the price of a bottle of coca cola being sold from a trolley passing down the aisle of the train. In pretty much perfect English, the French chap in charge of the trolley said, "I suppose you're from Scotland."

In fact, my father was Welsh and at that point in time would have had hardly a trace of a Scottish accent. 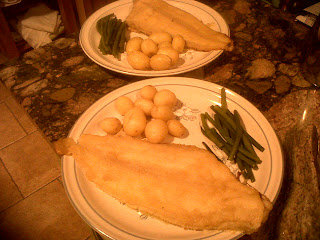 Now that I'm back on good terms with classical music, I listened to the Miller's Song all the way through yesterday; Aksel Schiotz accompanied on the piano by Gerald Moore. 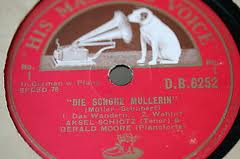 The only word I can use to describe the experience is "satisfying". Also, it is a heart breaking and essentially human tale. I cited the following quotation in a much earlier blog. Although slightly tongue in cheek, it does sum things up rather well.

"It's an old story: boy meets girl, girl meets hunter, girl goes off with hunter, boy throws himself in the river. Franz Schubert's Die schöne Müllerin was not the first song cycle ever composed but it's the first great one, beginning in happiness and proceeding via longing, jealousy and madness to end in tragedy."

That sense of satisfaction invigorates one; makes one want to live.

Will explore some of Schubert's other song cycles.

Have decided to continue with daily Mass attendance this coming week. I was confused in this past week when I described my discomfiture when attending the church in question and used that as a reason for not pursuing the practice.

The important point is that by attending Mass I'm intensifying my relationship with God - and I need to do that. The social discomfort will have to be ignored or coped with.
Posted by Tony Morris at 14:06